The Smell of Rain on Dust Grief and Praise

Martin Prechtel was raised on an Indian reservation in New Mexico. A series of dreams led him to Santiago Atitlan, the Mayan village that became his spiritual home. The renowned shaman Nicolas Chiviliu Tacaxoy there told him he had been sent by the spirits to get his soul "cooked" and to train up his power so he could become "an advocate of the village heart." In Secrets of the Talking Jaguar, Prechtel wrote about the Mayan love of the natural world, the eloquence of their language, the significance of ceremonial clothing, the use of rituals as "memory feasts," the importance of dreams, and the great respect given elders.

With Long Life, Honey in the Heart, the author explored his immersion in Mayan culture and his calling to enable people to "polish" their spirits through beauty and deliciousness. Now back in the United States, Prechtel teaches at his international school Bolad's Kitchen in New Mexico where individuals search for the Indigenous soul inside themselves. His website is http://www.floweringmountain.com/.

The Smell of Rain on Dust is a sobering and creative book on grief and praise. Prechtel believes that people in western countries have a difficult time tending to their grief and this can create problems. He discusses various rituals used by tribal people to ward off the consequences of ungrieved losses. The best practice is to find ways to transform grief into life promoting beauty and usefulness.

The most fascinating chapter covers the unique role animals can and do play in healing the wounds of our souls:

"Animals. They are the most profound doctors for loss, mostly because animals are practically a molecular presence in our psyches and souls, but also because in a sense animals are the grief of the world's losses. They are the tears and songs of the heart of the divine turned into powerful, walking, flying, swimming, furry, hunting, hiding beings whose spirits have never been compromised by having a choice to be other than the powerful beings they already are."

Prechtel reminds us that pastoral and stock-raising peoples of the past often liberated their most precious animals in order to compensate for the sorrow of losing a loved one. In other cultures, there is the custom of releasing peace doves or sacred fish or herds of horses back to the wild as "being equal to releasing the soul of the people they'd lost to the great heart of Nature." This wisdom-maker also has some profound things to say about the courage of animals who lay themselves down so that their human companions can begin to truly weep and grieve for the first time in their lives. 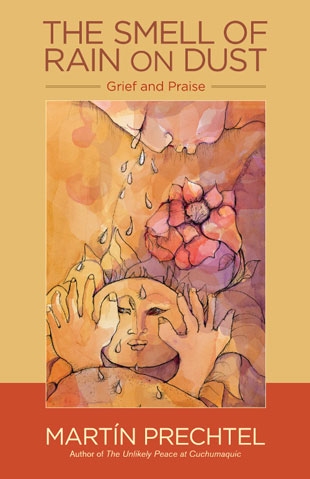