By John Tirman
A cogent book that brings clarity and ethical sensitivity to a complicated and vexing topic.

In a Nutshell: The political controversy in the U.S. over illegal immigration continues and this cogent book helps to clarify matters. John Tirman takes us on a rollercoaster ride covering this nettlesome issue that has bedeviled the nation.

About the Author: John Tirman is Executive Director of MIT's Center for International Studies, where he is also Principal Research Scientist. He is the author of The Deaths of Others: The Fate of Civilians in America's Wars and of 100 Ways America Is Screwing Up the World.

Sum and Substance: Polls show that most Americans support some kind of route to citizenship for immigrants already in the country, but others still support a "raid mentality" which pursues violent solutions to a complicated problem. Many right-wingers believe that the latest wave of immigrants pose a threat to "real American" values with their job-stealing, welfare dependency, and bilingualism. These avid opponents of immigration have passed more than 300 laws that restrict immigrant access to needed services such as hospitals and schools.

Tirman muses on the Second Great Migration and the culture of resistance. He looks at schools in Arizona, the raid in New Bedford, the dreams of the next generation, the bloody messes in Guatemala and Mexico which are part of the problem, and the very complicated road to reform.

If You Like This Book, You'll Also Want to Read: Border Patrol Nation by Todd Miller 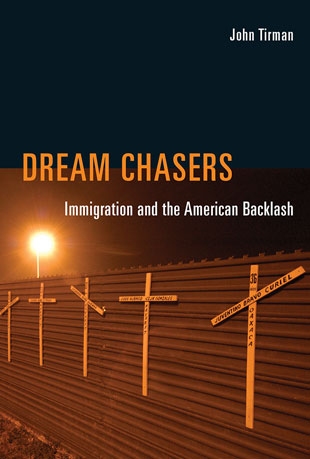