The Art of the Wasted Day

By Patricia Hampl
A good case for daydreaming, reverie, and solitude.

Patricia Hampl is the author of six prose works including The Florist's Daughter and Blue Arabesque. Early in this exquisitely written book, the author confesses that she spends a lot of time daydreaming. It is a pleasant and sometimes very soothing experience for her -- modeled by the essayist Montaigne.

Hampl realizes that this love of reverie and solitude goes against the American grain which glorifies movement, action, and triumph. Many people have dedicated themselves to "the pursuit of happiness" and the Declaration of Independence describes that as a right. But such striving is the exact opposite of the spiritual practice of just being present.

As she ponders her "To Do" list for the week, Hampl aligns herself with other creative souls like F. Scott Fitzgerald and Benjamin Franklin who made their living by squaring off against deadlines. A light goes off in her head as she surmises that "The essential American word isn't happiness. It's pursuit." After her epiphany comes this insight:

"How about just giving up? Giving up the habit of struggle. Maybe it's a matter of giving over. … Happiness redefined as looking out the window and taking things in — not pursuing them. Taking in whatever is out there, seeing how it beckons. And letting it go. On and on, out of range, a cloud passing, changing shape but still a cloud, still moving."

So there you have it: We are programmed for pilgrimage -- hitting the open road, seekers every one of us, looking for meaning and something mysterious and magnificent. In her musings, Hampl ponders the poet Walt Whitman's positive perspective on the loafing of his soul, the essay as "a solo dance, a private pirouette, " Augustine's struggle with his flesh, and Mary Shelley's plunge into solitude as a refuge following her husband's death.

Reading these passing thoughts of Hampl's reverie is a deep and rich pleasure. 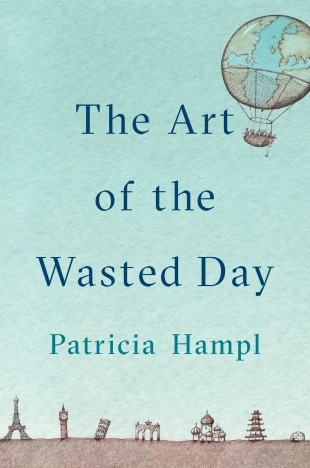