By Robert Bly
An enlightening collection by a poet-philosopher.

Robert Bly has astonished and enlightened us in so many ways down through the years.

His first collection of poems Silence in a Snowy Field (1962) demonstrated his fascination with the natural world. And that interest has stayed alive in his later poetry.

Bly's openness and hospitality is illustrated in this anecdote. Attending Robert Bly's Great Mother Conference in 1976, Coleman Barks recalls, "I had never even heard Rumi's name before and he said to me 'These poems need to be released from their cages.' " Barks went to work and became one of the most read translators of Rumi. We first encountered Rumi through an audiotape of his poems recorded by Barks and Bly. These two masters captured the awe, the depth, and the passion in those poems.

In 1980 News of the Universe was released with Bly as editor. With 150 poems, it is one of our favorite collections of spiritual poems from a variety of cultures. As a poet philosopher, Bly presented a mystical vision of the universe where animals, plants, and objects are equals with human beings.

In 1990, Bly's Iron John: A Book About Men became a bestseller sending men into the woods drumming and exploring their souls. The psychologist Robert Moore noted, "When the cultural and intellectual history of our time is written, Robert Bly will be recognized as the catalyst for a sweeping cultural revolution."

Bly's impact on cultural changes and aspirations is obvious in this collection of his own writings. You will find antiwar gems, translations of little known European poets, social commentary, cultural criticism, and snippets from Jungian myths and fairy tales. Bly has observed, "I want nothing from YOU but to see YOU." This collection of his poetry sheds light on our inner and outer lives and opens the doors to the many mysteries of nature, society, men, and self-awareness. Open to any page and enjoy! 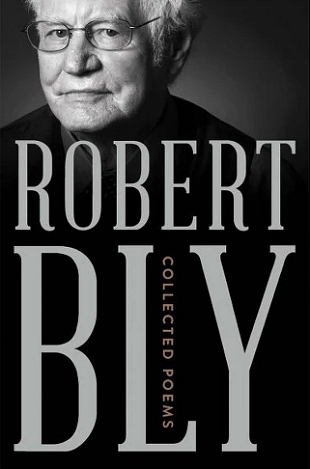