By Michael Parenti
How hype and fear are supplanting informed debate and commitment to democracy.

"[I]t seems that the America our superpatriots claim to love is neither a geographical or demographic totality, nor a cultural heritage as such, nor really a land of such unlimited freedom and economic opportunity and prospects," observes Michael Parenti, an internationally known writer and lecturer, and one of America's foremost political analysts. "The superpatriot's America is a simplified ideological abstraction, an emotive symbol represented by other abstract symbols like the flag. It is the object of a faithlike devotion, unencumbered by honest history. For the superpatriot, those who do not share in this uncritical Americanism ought to go live in some other country."

With great spunk, the author covers some of the major ideas and activities of superpatriots: their advocacy of slogans such as "America — Love It or Leave It"; the importance of being "Number One"; and the maintenance of an aggressive policy around the world in the name of flag and divine destiny. He also examines the phenomena of special treatment for soldiers abroad but shoddy treatment of them at home in veteran facilities; superpatriots' perplexity about Americans being hated around the world; and their obsessive fear that our enemies will attack us — so we must spend any amount of money to make our country secure.

Real patriots, according to Parenti, find issues and movements in the past which serve as a counter-weight to those of superpatriots. As examples he holds up "the struggle for enfranchisement, the abolitionist movement, the peace movement, the elimination of child labor, and the struggle for collective bargaining, the eight-hour day, occupational safety, and racial justice and gender equality." 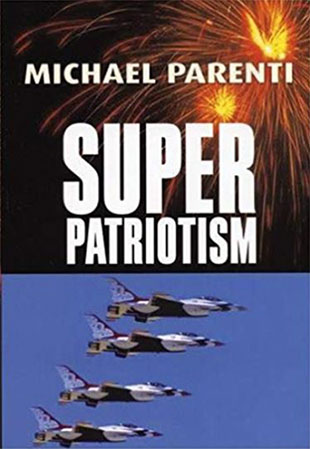