An Interview with Thomas Moore on A Life at Work: The Joy of Discovering What You Were Born to Do

An interview with bestselling author Thomas Moore about the lessons he's learned and spiritual practices we can do on our quest to discover our life's work.

Thomas Moore is the bestselling author of Care of the Soul and thirteen other books on everyday spirituality and soulful living. He is one of the Living Spiritual Teachers profiled on the website, and his work is the focus of our e-course Practicing Spirituality with Thomas Moore. Tom's latest book is A Life at Work: The Joy of Discovering What You Were Born to Do. We asked him to talk about what he's learned about this subject from his own experiences and some spiritual practices we can each use to go deeper in our own quests for our life's work.

Frederic Brussat: You open your book with a quotation from Teilhard de Chardin:

"Every person, in the course of his life, must build — starting with the natural territory of his own self — a work, an opus, into which something enters from all the elements of the earth. He makes his own soul throughout all his earthly days; and at the same time he collaborates in another work, in another opus, which infinitiely transcends, while at the same time it narrowly determines, the perspectives of his individual achievement: the completing of the world."

Reading that, I recognized a theme of all your work — our participation in the making of, or care of, our own soul. So now you are writing about this at work and over the course of a lifetime. I was glad to see you made this book so relevant to the times by shifting the focus from jobs and careers to a life's work. Please define what is included in the capacious term "a life's work."

Thomas Moore: A life work is something you do that makes you feel, "All right, I’ve spent my time on earth, and it has been worthwhile because. . ." It may be that you raised children, collected stamps, volunteered for the fire department, or became president. It could be that you learned to meditate or that you had a good time. It may or may not include your job and career.

Originally, I wanted to call this book Opus, but everyone told me that was too obscure. No one would buy the book, or they might think it had to do with a cartoon penguin. But opus is what it is all about: the alchemical process of becoming a person through all your experiences, education, relationships, achievements, and ideas. Your opus is connected to the opus of the society and the creation of the world. It is both extremely local and vast, cosmic, in scope. That’s why I like the quote from Teilhard de Chardin so much. He includes it all and even uses the word “opus.”

Frederic: We love the story about the man named Mahud who goes through life moving from one job to another following the suggestions of an angel until, at last, he becomes a holy man. The tale fits in perfectly with the situation today when people are moving from one position, and even one career, to another. What does the word "calling" mean to you and how has it related to your own work as a monk, a teacher, a musician, a therapist, and a writer?

Tom: I received a book of the story of Mahud from a woman who lives in the United Arab Emirates. She told me she gave this story to her children as they set out on their own life adventures. I love the story and have used it in several books now. The main point I see is obedience to one’s calling. A calling is not a career. As the story suggests, it is an invitation to new life that repeats and changes. Moving from one job to another doesn’t have to be a bad thing or suggest that there is something wrong with you. You have to obey your calling.

I try to show in this book how to recognize your calling. You read the signs, positive and negative, and you always take a chance on life, no matter how thoughtless and irresponsible it might appear to be. You live into life, willing to risk and change, rather than hide out in a job that is familiar and safe. In the story, the river is the flow of life — and, believe me, it is always flowing. Mahud is always willing to leap into life, even when all reasonable indications suggest that he stay put.

What do you get from following your calling? A great paycheck? A corner office? Adulation? Power? Maybe, but maybe not. The story suggests that you get holiness, a goal not often listed by people on their career tests these days. But it is all about holiness: being in tune with life, knowing the security of meaning and value, finding yourself in giving yourself to others and to life itself.

Frederic: Name the one person who has best modeled for you "a life work"? I'd also be interested in any biographies, memoirs, or other genres of writing that have provided inspiration and encouragement to you on your spiritual journey of discovering what you were born to do.

Tom: My best model for a life work is my good friend Satish Kumar, who began his “career” by walking around the world, without money, plan, or, as he says in the title of his autobiography, destination. But he has founded two wonderful schools and a great magazine. He has become a world leader in a spiritually oriented approach to ecology.

I have been inspired by many people and countless books. I’ll just list a few: Emily Dickinson, who had the courage to go her own way and didn’t write her poems for a particular audience. She wrote for eternity. I try to emulate her in this. She also called herself a pagan, though she attended a Christian Church. I appreciate that achievement.

Igor Stravinsky: he always went his own way and trusted his own genius. Oscar Wilde: a man who suffered greatly for being who he was — a highly devout spiritual and gay man — and yet loved life with a sense of humor.

Martin Sheen: an actor I admired when I first saw him in film years ago and who puts himself on the line always. A more generous person I’ve never met, and I’m blessed to have him as a friend.

I don’t know Nicole Kidman, but her acting inspires me. Her willingness to go for the difficult, challenging, and not always commercial roles keeps me on course in my own decisions. Artists like her also keep me from being a therapist in print. I see myself as an artist, a writer. I feel strongly that I have no message but only the opportunity to find beautiful words and images for thoughts worth considering.

Frederic: What role does the imagination play in the opus of getting a life together and becoming a real person?

Tom: Imagination is everything. People seem to think of it as a superficial thing, lighter than thought and research. I don’t. I see imagination as the most important power we have. As we imagine the world, so we live and understand. But a great deal of the imagination that shapes us lies under the surface. We need to tap that underlying storehouse of images in order to grasp who we are and where we are headed.

You can train the imagination by giving yourself to the arts, dreams, mythology, and religious images. I see all these as essentially connected. To know one, you have to know the others. So I always say, go to museums and galleries, watch good movies, listen to live music, watch or engage in dance, take careful note of architecture. Make an artful home for yourself, full of rich images suited to you and your family. Discuss your night dreams with those close to you. Don’t live only on the surface. Don’t be only rational.

Frederic: In this book you write: "Deep is perhaps the best word to describe the experience of soul — deep feelings, deep thoughts, deep connections, deep projects." Share with us a few spiritual practices that can help us to reach this depth dimension of our experiences or activities.

Tom: The suggestions I just made apply to this one. The arts can always be a kind of spiritual practice, but you have to go about them in an appropriate way. Take them seriously.

Dreams can be part of your spiritual practice. You can write them down and create your own personal scripture of revelations. They are all meaningful.

When you meditate, don’t soar too high. Don’t worry about distractions; they are the stuff of your soul and tell you who you are. Don’t try to be good or perfect. Just be. Add some art and humor to every spiritual practice you have.

Frederic: What have been the largest surprises in your path toward a life work? What did you learn about yourself in the process?

Tom: The biggest surprise for me was becoming a father. I started out wanting to be a priest and spent many years heading in that direction. Then, after leaving a seminary and religious community, I wanted to be single. I kept telling friends that I had no desire or need to be a parent. Then I had a daughter, and my heart erupted. To this day, if ever I need to know what love means, I look at her. A special kind of love. I could say the same about being married. I have never had much hope for marriage, but here I am with a person I love and admire.

What did I learn about myself? Not to take my pronouncements and expectations too seriously.

Frederic: In the chapter "To Work Is to Pray" you celebrate mystery as a key element in the spiritual life. Could you elaborate a bit on this idea?

Tom: I think mystery is the very key to religion and spirituality. If only we allowed God (those of us who use that name) to be a mystery, rather than some self-important, too defined idea we have of the divine, we would discover real religion. To me, religion is not an institution. I still like the word and the idea of religion. To me, it is a quality of life in which you stand at the edge of your existence and remain open in mind and heart to the unknown all around you. This “sacred ignorance,” as it was called by Nicolas of Cusa, one of my favorite early Renaissance theologians, is crucial. I began my book on religion (The Soul’s Religion) with chapters on emptiness, trying to capture this all-important value.

Of course, I know only too well that most of what goes on under the name of religion is just the opposite. People don’t want mystery; they want facts. They don’t want to feel opened up by the mystery of life and the cosmos; they want to understand it.

I’m in the camp of my two friends of the early sixteenth century, Erasmus and Thomas More, who wrote about the beauty of foolishness — the foolishness of not knowing anything, of always seeking, always wondering, never camped out on anything, never attached to an idea or system. I like the theology of the Zen Master Shunryu Suzuki. Nothing to believe in. Nothing special. Always in beginner’s mind. In the same spirit I am a devotee of Samuel Beckett, who said simply, "Nothing to be done." 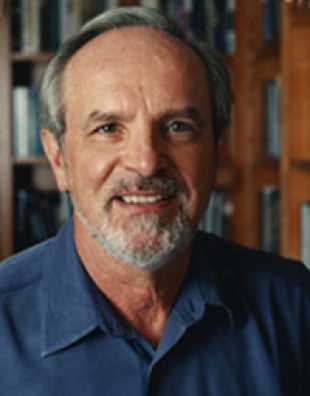