Muhammad A Biography of the Prophet

By Karen Armstrong
An acclaimed biography of the Prophet that emphasizes his devotion to Allah, his passion for social justice, his mystical visions, his egalitarianism, and his kindness.

"Muhammad had great spiritual as well as political gifts — the two do not always go together — and he was convinced that all religious people have a responsibility to create a good and just society. He could become darkly angry and implacable, but he could also be tender, compassionate, vulnerable and immensely kind. We never read of Jesus laughing, but we often find Muhammad smiling and teasing the people who were closest to him. We see him playing with children, having trouble with his wives, weeping bitterly when a friend dies and showing off his new baby son like any besotted father.

"If we could view Muhammad as we do any other important historical figure we would surely consider him to be one of the greatest geniuses the world has known. To create a literary masterpiece, to found a major religion and a new world power are not ordinary achievements."

So writes Karen Armstrong in this rounded and revealing biography of the founder of Islam, available in a new paperback edition. Sadly enough, the author is forced to start this substantive work with an overview of the distorted ideas and hate-filled images of Muhammad (570 - 632) promulgated in the West over the centuries. Other scholars who have tried to expand our understanding and appreciation of Islam include Louis Massignon, Henri Corbin, Annemarie Schimmel, and Wilfred Cantwell Smith. Armstrong's approach is accessible for ordinary people and addresses all the myths attached to the Prophet who changed the world with his devotion to Allah, his passion for justice, his mystical visions, his promulgation of egalitarianism, and his down-to-earth practice of compassion, kindness, and respect for all creation.

Armstrong returns again and again in this biography to the Prophet's concern for social justice. The Qur'an requires of men and women that they strive to create a society where the weak, the vulnerable, and the poor are taken care of and treated decently. Almsgiving is one of the five pillars of the Islam, and its purpose is to ensure that the wealth of society is distributed to all and not just hoarded by a few. Armstrong writes:

"It is often said that, where Christianity is a religion of love, Islam is a religion of social justice. In the umma (community) society was to be organized on egalitarian principles: the same duties were required of everybody and there was to be no elite or hierarchy of priests and monks. Almsgiving would seek to close the gulf between rich and poor, and to free a slave was a virtuous deed. In principle everybody in the umma would be treated in the same way: if love could neither prevail nor be enforced, justice and equality could be legislated for. It does seem as though through the Qur'an and, later, Islamic Holy Law did help Muslims to cultivate a deeply egalitarian spirit."

This legacy of Muhammad deserves to be put into practice in Muslim countries and in the West where the gap between the rich and the poor is widening each year. Here is a project that Christians and Muslims could work on together.

A final aspect of Muhammad's personality is revealed in these two stories about his practice of kindness.

"If he heard a baby crying in the mosque during Friday prayers, he nearly always brought the prayers to an end earlier than he had intended: he could not bear to think of the distress of the baby's mother."

"One tradition recalls an occasion when Muhammad had passed sentence on a poor man who had committed a minor crime: for his penance he was told to give alms. The man replied that he had neither food nor goods to give away. Just at that moment a large basket of dates was carried into the mosque as a gift to the Prophet. 'Here you are,' Muhammad said, and told the man to distribute the dates among the poor. The criminal replied that he honestly did not know anyone in the settlement who was worse off than himself. Muhammad laughed and told him that to eat the dates would be his penance."

No wonder Muslims say Muhammad was a man like other men who also was "like a precious gem among stones." 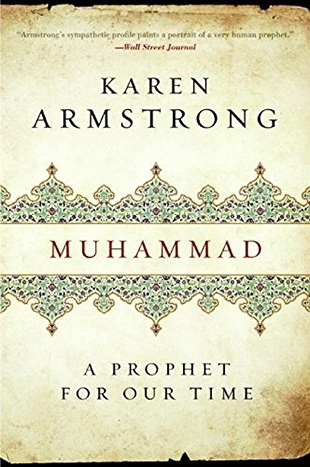