Jim Wallis is a Christian leader for social change. He is a speaker, author, activist, and international commentator on ethics and public life. He was raised in a Midwest evangelical family. As a teenager, he began questioning racial segregation in his church and community, which led him into the black churches and neighborhoods of inner-city Detroit. Involvement in the civil rights movement and protesting the war in Vietnam shaped his student years. At Trinity Evangelical Divinity School in Deerfield, Illinois, Jim and several other students started a magazine and community called Sojourners: Christians for Justice and Peace.

For nearly half a century, Wallis served as the Editor-in-Chief of Sojourners, a magazine reporting and analyzing the intersection of faith, politics, and culture. The community is based in inner-city Washington, D.C., where Wallis and his family also live. One of their ministries is Sojourners Neighborhood Center, which serves the children of its Columbia Heights neighborhood through tutoring and mentoring programs, a summer Freedom School, and parents' support activities.

In 1995, Wallis was instrumental in forming Call to Renewal, a national federation of churches, denominations, and faith-based organizations from across the theological spectrum working to overcome poverty. Endorsed initially by a broad cross-section of Christian leaders, this federation's Campaign to Overcome Poverty now has tens of thousands of supporters around the United States.

He spent the 1998-1999 academic year as a Fellow at the Center For the Study of Values in Public Life at Harvard Divinity School. In that capacity, he lectured at the Divinity School, Kennedy School of Government, and around the university on faith and politics, ethics and public life, the churches and welfare reform, and economic equality as a religious issue. In the fall semester he taught a course on "Faith, Politics and Society" at the Kennedy School of Government.

In 2021, Wallis became the inaugural holder of the Endowed Chair in Faith and Justice and the founding Director of the Georgetown University Center on Faith and Justice in Washington, DC. In these new positions, he will focus on teaching and mentoring, writing and speaking, offering media commentary, convening and strategizing with both faith and political leaders across the theological and ideological spectrums, engaging in outreach to both policy makers and local practitioners, helping to change the narrative of faith and politics, and being an advocate for justice.

Wallis speaks at more than 200 events a year, and his columns appear in Washington Post, Los Angeles Times, Boston Globe, Chicago Tribune, USA Today, and Newsweek. He also offers regular commentary and analysis for radio and television. In the last several years, Wallis has led more than 250 town meetings, bringing together pastors, civic and business leaders, and elected officials in the cause of social justice and moral politics. His pursuit of peace has taken him to South Africa, Central America, northern Ireland, and the Middle East, as well as to gang peace summits in urban America. 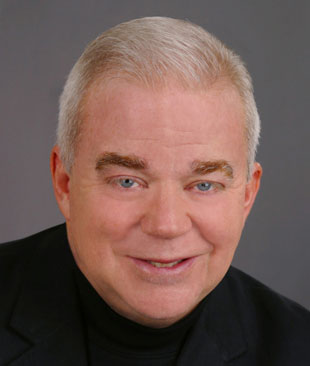