In October 2004. Brother Wayne Teasdale died after a long battle with cancer. Although Brother Wayne is no longer with us physically, his wisdom and the interspirituality movement that he inspired live on and grow daily. Dr. William ("Bill") Hayashi, a professor at Columbia College (Chicago) and multi-traditional practitioner, is a long time friend and associate of Brother Wayne. He offers us this story for inspiration and reflection:

"The most powerful memory I have of Brother Wayne was after a meditation/prayer session with him in the hospital. He shared with me that he had had a vision: He was a Buddhist monk living in a mountain monestery. He had gone too close to the cliff and had fallen over. At first he was very frightened, but then he relaxed and realized that it would be all right. He told me he was fine when he reached bottom."

Brother Wayne Teasdale was a lay monk who combined the traditions of Christianity, Hinduism, and Buddhism in the way of the Christian sannyasa. A teacher and activist in building common ground among the world's religions, he served on the board of trustees of the Parliament of the World's Religions. As a member of the Monastic Interreligious Dialogue, he helped draft their Universal Declaration of Nonviolence. He was also committed to the cause of a free Tibet. 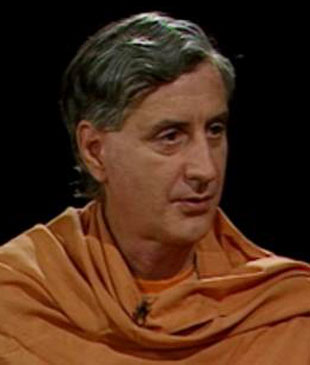