David Cooper was an author, lecturer, teacher, and meditation guide. In earlier years he was a successful businessman, a student of both Eastern and Western spiritual traditions, a sailor, and a world traveler. He and his wife Shoshana lived in the Old City of Jerusalem for eight years and then moved to the small town of Crestone, Colorado, a center for many contemplative traditions.

The Coopers fostered the growing popularity of Jewish Meditation. They were also speakers and teachers at many conferences that took place in the 1990s on Jewish Meditation. They taught at the Jewish Renewal Kallah and guided programs for advanced meditators at the Jewish Retreat Center, Elat Chayyim, in upstate New York. They taught together at Omega Institute in New York, Mt. Madonna in California, the Open Center in New York City, Chochmat HaLev in Berkeley, and Yesod in Colorado, as well as in Holland, Germany, Israel, and Poland.

Rabbi Cooper was the keynote speaker at conventions on meditation, and he taught dozens of courses in both meditation and Kabbalah, in 40 states at more than 200 venues. Cooper was interviewed on nationwide radio and NPR, as well as TV.

The Coopers resided at the Heart of Stillness Hermitage in the Colorado mountains near Boulder until Cooper's passing in 2020. His insights into the light of universal truth remain alive through his many books and recordings and in the hearts of those who cherish his teachings. 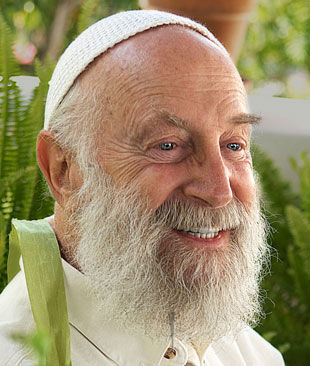 More Resources on David A. Cooper