Elizabeth Johnson was born to a Catholic family in Brooklyn, New York. As a young adult she joined the religious order of the Sisters of Saint Joseph in Brentwood, Long Island, New York. At the time of the Second Vatican Council, she was a young sister teaching in elementary school as a New York State certified teacher of reading for grades K-6, a certification she still maintains. However, the Council energized her interest in theological matters.

After receiving a Ph.D. in theology from Catholic University of America (1981), she taught at that university for ten years before moving to teach at Fordham. A former president of the Catholic Theological Society of America, the oldest and largest society of theologians in the world, and a former president of the American Theological Society, an ecumenical association, she loves to teach and was awarded Fordham University’s Teaching Award in 1998 and Professor of the Year Award in 2011.

Johnson is the recipient of 14 honorary degrees, the John Courtney Murray Award for distinguished achievement in theology, and numerous other awards. She also serves on the editorial boards of the journals Theological Studies, Horizons: Journal of the College Theology Society, and Theoforum.

Johnson's public service to the church has included being a theologian on the national Lutheran-Catholic Dialogue (1984-1991), a consultant to the U.S. Catholic Bishops’ Committee on Women in Church and Society, a theologian on the Vatican-sponsored dialogue between science and religion and on the Vatican-sponsored ecumenical conference on Christ and world religions, and a core committee member of the Common Ground Initiative, started by Cardinal Joseph Bernardin to reconcile polarized groups in the Catholic Church. She is also a regular contributor to U.S Catholic Magazine. 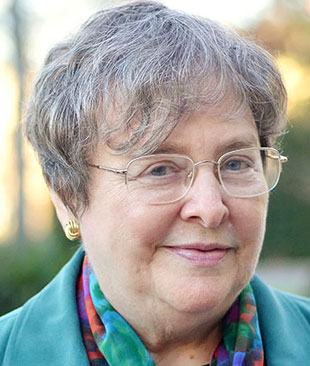 More Resources on Elizabeth A. Johnson