Directed by James Longley
An engrossing award-winning documentary about the chaotic and bloody situation in Iraq as seen through the eyes of Sunnis, Shiites, and Kurds.

Iraq in Fragments was shot over a two-year period by James Longley and is presented without scripted narration. This three-part documentary presents the ordinary lives of people caught up in the sweep of violence, religious conflict, and change in the country. The film will have a two-week engagement at the Film Forum in New York City from November 8 -21. It was a triple prize-winner at the 2006 Sundance Festival for Best Director, Cinematography, and Editing.

The first segment is the most emotionally affecting. It focuses on Mohammed Haithem, an 11-year-old auto mechanic who lives and works in Baghdad. His grandmother looks after him since his father disappeared and is presumed dead. The boy desperately seeks the approval of the man who is his boss at the garage. But instead of respecting Mohammed's diligent work, he is constantly on his back about what a poor student he is in school, where he has been kept behind two years.

The American occupation of Baghdad means that this boy and other children are constantly frightened by the tanks and guns and the shootings in the streets. Mohammad tries to keep his spirits up but it is difficult given the cruelty of his boss and his overwhelming sense of dread brought on by the dangers of Baghdad.

The second segment of the Iraq in Fragments is set in the Shiite dominated south where Islamic zealotry is in full bloom. Longley presents a portrait of Sheik Aws, a 32-year-old cleric in charge of the the offices of the Shiite political/religious movement of Moqtada Sadr in Naseriyah, the fourth largest city in Iraq. He spent time in prison under Saddam and is politically active in organizing local elections and opposing the American occupation. One of the scariest scenes in this segment is when Sadr's followers go after men who are selling alcohol in a local market. Here one sees the dangers of Islamic fundamentalism in action as individuals are severely beaten.

The final section of the documentary takes place in Kurdish-controlled northern Iraq where farmers eek out an existence and locals work with brick ovens. Longley zeroes in on the friendship between two boys and their fathers. One of them tends sheep but wants to be a doctor, although his dad hopes he will serve God. The Kurds have dreams of independence but their fate seems linked to developments in cities far out of the range of their consciousness.

In an interview, Longley sums up his feelings: "My film is a reminder of the human stories in Iraq that are often overlooked. Iraq, after all, is a country full of people who care nothing for our political arguments. They have their own lives, their own problems, their own way of seeing the world. One day the United States will leave Iraq, but the Iraqi people will remain. My film is about them." 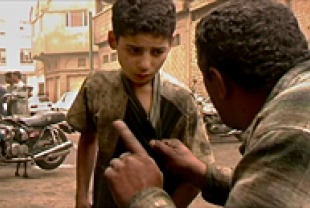 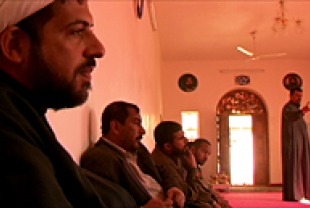 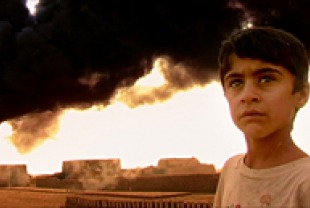