The Wind That Shakes the Barley

Directed by Ken Loach
A poignant drama about Ireland in the 1920s and the violence that tears apart the fabric of community and pits brother against brother.

Ken Loach is a controversial English filmmaker who makes movies that do not shy away from divisive political issues. The Wind That Shakes the Barley won the Palme d'Or at the 2006 Cannes Film Festival. It is the story of two brothers who find themselves divided on the best and most realistic route to Irish independence. Although set in the 1920s, many viewers will see parallels between the brutal British occupation of Ireland and the current American occupation of Iraq. The point is made that more resistance is created when troops use rough tactics that only serve to enrage the local people.

Damien (Cillian Murphy) is set to leave his home in rural Ireland to pursue his medical studies in London. His brother Teddy (Padraic Delaney) is the leader of a band of Irish freedom fighters who are resisting the ruthless "Black and Tan" squads that have been sent from England to squelch Ireland's independence movement. Damien gives up his plans to go to England after seeing the British invaders kill a young man in the village for not giving his name. Then at the train depot, some other soldiers beat up the conductors. Damien joins the Irish Republican Army, much to the delight of his brother and friends in the community.

These guerilla fighters train in the hills after stealing their weapons from a police barracks. After they shoot some British officers who are drinking in a pub, there is in an immediate escalation of tension in the community where many locals — including women and children — serve as messengers for the IRA. One of them, Sinead (Orla Fitzgerald), is in love with Damien. Members of Teddy's group are captured, and he is tortured. But most of them escape prison and the execution planned for them. Damien discovers that a young man has betrayed them and that he was fingered by a wealthy gentleman farmer who hates the IRA. With his men, he takes both of them into the hills and shoots them. The war and the violence have transformed him into a zealot who will do anything for the cause.

Teddy and Damien respond differently to the Anglo-Irish Peace Agreement which leaves Ireland as a free state under the power of the British Empire. Damien continues with the IRA whereas Teddy joins the Free Staters as a soldier. The ancient divide-and-conquer tactic works well for England as the Irish begin fighting with each other in a civil war that pits the IRA against those who have gone over to the other side. The powerful closing scenes of The Wind that Shakes the Barley reveal the deep wounds that come with civil war and the ethic of violence as a supposed path to freedom. Gandhi had a much better way of getting the British out of his country, but unfortunately his nonviolent approach has not be used widely. 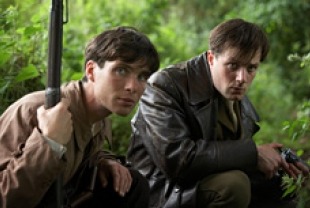 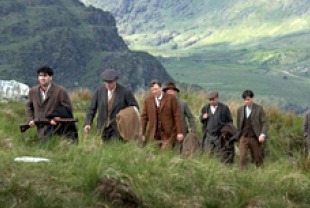 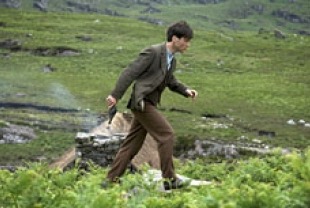