Directed by Julie Taymor
A phantasmagoric musical trip through the 1960s with the melodic music of the Beatles and a strident salute to love, liberation, and creative expression.

Film director Julie Taymor dazzled us with the theatrics of Titus and the visual flair of Frida. Now she has taken on the challenge of bringing to the screen the high drama, turmoil, passion, and cultural changes of the 1960s, a decade when everything was up for grabs and after which nothing would ever be the same.

With vibrant creative élan, Taymor takes 33 classic songs of the Beatles and uses them as the foundation for this phantasmagoric exploration of young love and youth culture. This "60s musical fantasia" is delivered with freshness and feeling by a cast of relative unknowns who sing with both gusto and grace. Here is a movie that will make you swoon and sense the delirious qualities of personal and social change.

Jude (Jim Sturgess), a Liverpool dockworker, gives up his job and his girlfriend and heads off on a pilgrimage to America where he hopes to find his father. He ends up in New York City's East Village living with Max (Joe Anderson), a Princeton dropout who wants to experience the many mysteries of life. Their landlady is a sexy singer called Sadie (Dana Fuchs) who adds to her band guitarist Jo-Jo (Martin Luther McCoy), who has come to the city following the death of his younger brother in the Detroit riots. Another newcomer is Prudence (T.V. Carpio), an Asian-American lesbian from Ohio. They have all come to New York City to express themselves and to savor the cultural wildness of the times.

Jude takes up art, especially drawing. He is ecstatic when Max's sister Lucy (Evan Rachel Wood) comes to live with him. This bright eyed blonde from suburbia has everything — brains, beauty, and a conscience. Her first boyfriend died in Vietnam, and so she joins the anti-war movement and is saddened when Max is drafted and is shipped off to fight in that terrible war. In a series of extraordinary production numbers, director Taymor probes the larger trends of the times with vignettes on the Vietnam war recruitment, a hippie gathering, a psychedelic circus, and several confrontations between protesters and police.

Anyone who loves the Beatles' melodic music will find plenty of magical moments in Across the Universe. Some of our favorites include Jude's interpretation of "Girl", Prudence's plaintive version of " I Want to Hold Your Hand"; Joe Cocker's appearance during a rendition of "Let It Be"; Bono's cover of "I Am The Walrus"; Max's heart-felt anthem "Hey, Jude;" and the beautiful ballad "Because." Familiar lyrics take on new context as when, frustrated by Lucy's involvement in an antiwar group, Jude charges into their offices and challenges them with the song "Revolution." This is followed by a subway scene and a haunting rendition of "Across the Universe" with the lyrics "Nothing's gonna to change my world."

Taymor mixes up the settings and the situations. For some pieces, the characters are interacting naturally in their apartment or at a party and just begin to sing. In others, the director brings in her trademark giant puppets, dance troupes, and psychedelic visual effects. Each style matches the music and propels the storyline forward.

Hats off to song producers T Bone Burnett, Elliott Goldenthal, and Teese Gohl for doing such a top-notch job with the Beatles music. This magical mystery tour concludes with Jude singing "All You Need Is Love" to Lucy, who is perched appropriately in the sky on another building. As they lock eyes, the song sums up all that has preceded it. This moment, coming after so many other moving ones, took our breath away and gave us shivers. Across the Universe is a rare cinematic experience where all you need do to be entertained and inspired is to go with the flow.

Special DVD features include a Commentary with Director Julie Taymor & Music Producer/Composer Elliot Goldenthal and two live performances of "Being for the Benefit of Mr. Kite". 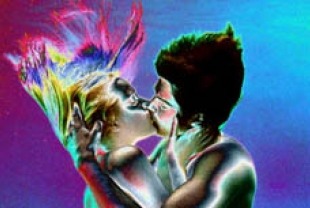 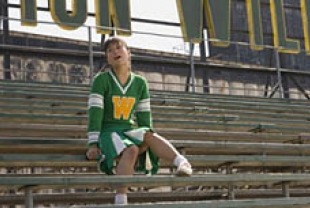 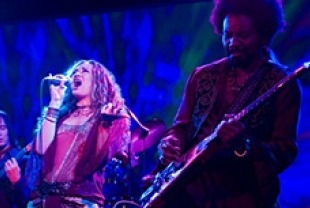 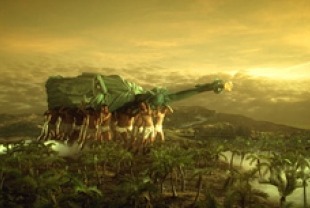 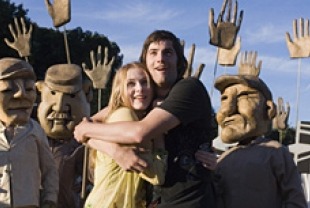 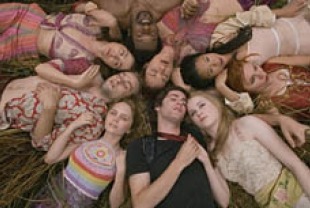 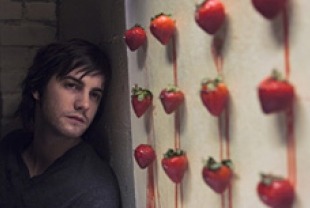 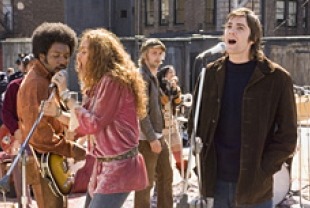