Directed by Joe Wright
A deeply spiritual movie about the moral complexities of helping another person.

Steve Lopez (Robert Downey Jr.) writes a popular column for the Los Angeles Times. He is divorced from Mary (Catherine Keener), his editor and fan who keeps him on his toes. One day he has an accident while riding his bicycle and ends up with a badly bruised face. He shows up at work with a bloodied visage, a swollen eye, and stitches. While walking through the city's Skid Row, he comes upon an African-American man dressed in rags playing Beethoven on a two-stringed violin. Lopez strikes up a conversation with him and learns that he is Nathaniel Ayers (Jamie Foxx). The columnist wants to know more about how this talented man with a passion for music became a street person with a shopping cart filled with all his belongings. Lopez is really jazzed up when he confirms that Ayers once studied at Julliard.

The next time he encounters Ayers, he is playing a one-man concert in a tunnel. Lopez surprises him with the gift of a cello that has been given by a reader of the Los Angeles Times who was moved by the story about the street musician. But there is a requirement attached to the instrument: it must be played at the Lamp Community, a homeless shelter run by David Carter (Nelsan Ellis).

Lopez is still amazed by Ayers' talent but deeply troubled by his schizophrenia. Through a series of flashbacks we see how this gifted musician got his start. As a boy, he was totally committed to practicing and was warmly told by his mother that music would be his ticket out of the slums to a better life. But along the way, Ayers was derailed by the voices in his head that came to plague him at Julliard. The pressure to succeed seemed to intensify them and his schizophrenia worsened.

The Soloist is directed by Joe Wright (Pride & Prejudice, Atonement) who weaves together the classical music of Beethoven and several impressive sequences of visual poetry of the city of Los Angeles. The multileveled screenplay by Susannah Grant is based on the book by Steve Lopez in which he describes his relationship with Ayers that grows into a strange friendship.

In 2005 when The Soloist takes place, there were about 8,000 to 10,000 homeless people in Los Angeles. It is rare that any Hollywood film deals with this enormous societal problem. In one of the most moving scenes of Lopez's journey into compassion, he locates Ayers among thousands of others who are sleeping in streets, alleys, cars, encampments, and doorways. The two spend the evening together.

The Soloist is also one of the most profound movies we've seen about the complexity of trying to help another person. Lopez begins as a self-centered man who relates to Ayers as a way of advancing his column. He's using him. As he learns more about the musician and draws closer to him as a human being, he wants to take away his suffering. Lopez pushes David Carter to force Ayers to take drugs for his schizophrenia but he refuses to do so. Here Lopez's controlling nature is frustrated. It is mirrored in the efforts of Graham Clayton (Tom Hollander), a committed Christian and Los Angeles Philharmonic cellist who arranges for Ayers to present a recital. Lopez sinks into total frustration when he arranges to get his friend an apartment and is viciously condemned by Ayers. It is Lopez's ex-wife who points out that just being present with his friend is all he can do. Or as Ram Dass and Paul Gorman put it in How Can I Help?:

"The curriculum of service provides us with information about our strengths as well, and we discover how these contribute to genuinely help-full service. Each time we drop our masks and meet heart-to-heart, reassuring one another simply by the quality of our presence, we experience a profound bond which we intuitively understand is nourishing everyone. Each time we quiet our mind, our listening becomes sharp and clear, deep and perceptive; we realize that we know more than we thought we knew, and can reach out and hear, as if from inside, the heart of someone's pain. Each time we are able to remain open to suffering, despite our fear and defensiveness, we sense a love in us which becomes increasingly unconditional."

Special features on the DVD include "An Unlikely Friendship: Making The Soloist"; deleted scenes; and a commentary by director Joe Wright. 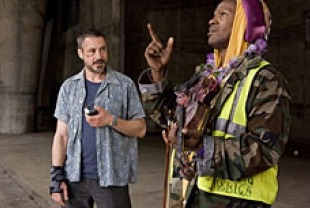 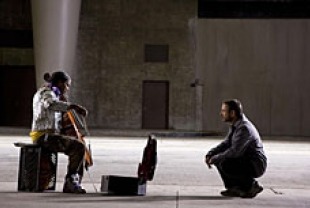 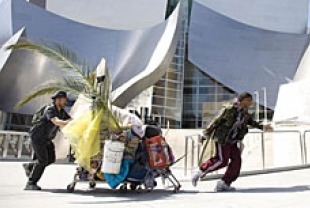 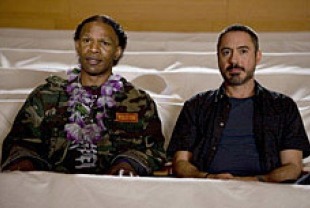