Owl and the Sparrow

Directed by Stephane Gauger
An enchanting story of a homeless girl on the streets of Saigon who has a big heart and a yearning to be accepted for who she is.

Ten-year-old Thuy (Pham Thi Han) works in a bamboo factory owned by her domineering and demanding uncle (Nguyen Hau). After he reprimands her once again for an error and calls her "useless," she picks up her meager belongings and heads to Saigon. Another girl tells her to try selling postcards to make some money for food. She is not very successful at this work. A young boy (Hoang Long) who promotes a soup café advises her to see a woman who runs a flower business. Soon Thuy is selling roses on the streets. A quick learner, she makes up stories about herself to increase sales.

Thuy meets Hai (Le The Lu), a handsome and shy zoo keeper and they quickly become friends. He is a poor young man who lives alone after following in his father's footsteps taking care of animals. Hai introduces Thuy to a baby elephant he has raised and who is about to be sold to a zoo in India. She identifies with this animal's plight. When Thuy meets the woman who jilted him just before a planned wedding, she is convinced that he is better off without her.

At the soup café, Thuy encounters Lan (Cat Ly), a beautiful and lonely flight attendant who is having an unsatisfying affair with a married pilot. She can't believe that Thuy is sleeping on the streets so she invites her to stay in her room with her. The little flower seller is deeply moved by her kindness and decides to play matchmaker by introducing her to Hai. Although they are worlds apart in terms of experience and class, they share a yearning for true and lasting love. Just when things are proceeding according to Thuy's plans, her uncle tracks her down in Saigon and compels her to return with him.

Writer and director Stephane Gauger has fashioned a deeply moving drama with three characters we can all empathize with: the homeless girl with talent and spunk, the young woman isolated in her beauty, and a young man whose nurturing capacities are evident in his love for the animals under his care. Thuy has a yearning to be accepted for who she is and these two strangers help her with that goal. Gauger treats us to a gritty look at Saigon and the difficulties these three characters have surviving with dignity in the fast-paced and bustling urban setting.

As Hans Christian Anderson's Thumbelina says, "Nothing is impossible if you follow your heart." That is exactly what Thuy does and her reward is beyond what she ever imagined it could be.

Special features on the DVD include an audio commentary by director Stephane Gauger; a behind-the-scenes featurette; deleted scenes; and still galleries. 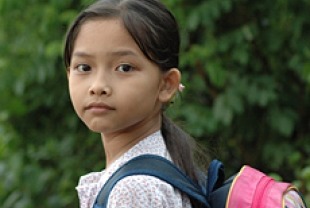 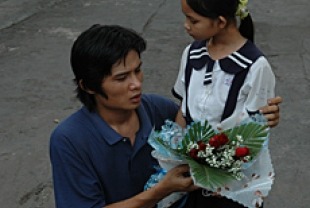 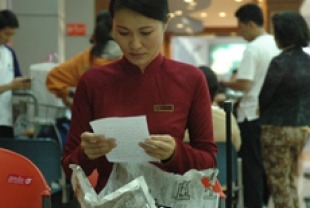 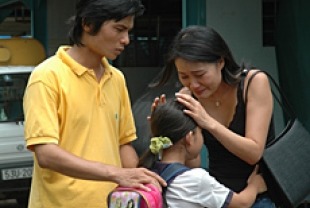