At first glance, Ryan Bingham (George Clooney) is having a lark flying from city to city as a "career transition" counselor. With skill and as much sensitivity as he can muster, Ryan carries out his specific task of firing people for corporate executives who don't want to do this themselves. His boss, Craig Gregory (Jason Bateman), has complete confidence in him as an efficient, charming, and reliable member of his team. Ryan travels 332 days a year and is an enthusiastic member of every travel loyalty program in existence and is eagerly looking forward to achieving his lifetime goal of 10 million frequent flyer miles. He's got business travel down pat. He can pack everything he needs into one carry-on; he knows which lines to get into at security; he knows how to quickly move from the plane to the rental car through check-in at his hotel. Ryan seems to really enjoy his fast-paced and perk-filled lifestyle.

In his spare time, this successful nomad gives motivational lectures at seminars about achieving success. "What's in your backpack?" he asks as he launches into his favorite theme on the importance of traveling light in the post-modern world. For him, this means an "unencumbered life" with no possessions or relationships tying him down. He has an apartment in Omaha where his company's headquarters are located, but it pretty much looks like another motel room. Ryan is more at home in the air than he is anywhere else.

This business traveler's philosophy and lifestyle is challenged by three women who come into his life at the same time, offering a critique of who he has become. The first is Alex Goran (Vera Farmiga), a beautiful business woman who, like him, is turned on by having Elite status in a travel program. Ryan is used to no-strings-attached affairs on the road but Alex seems to have much more in common with him than the other women he has been with. She is sharp, sassy, and a pleasure to be with in bed and in public. Ryan is shocked at the feelings of attachment that she arouses in him. This is definitely something new.

Another woman who alters his way of viewing the world is Natalie Keener (Anna Kendrick), a very smart and confident twentysomething efficiency expert who has impressed his boss with her money-saving ideas. She wants to take Ryan and his associates off the road and have them fire people via remote video conferencing. She is assigned to travel with Ryan to learn the ropes. Realizing that his way of life is in jeopardy, he has to dig deep and help Natalie see that the firing process cannot be handled on a video screen. In addition, he and Alex are called upon to help her make it through a crisis when her boyfriend dumps her. Natalie had her life all planned out and now she feels everything is out of control. Ryan also questions his own state of mind as uncertainty sets in about his future.

The third woman who catalyzes Ryan's reassessment of his life is his older sister Kara (Amy Morton) who calls upon him to do a favor before attending their sister Julia's (Melanie Lynskey) wedding in Wisconsin. Ryan has a hard time with the task and when he arrives with Alex, the bride-to-be tells him she's chosen another relative to walk her down the aisle. The real surprise comes when Kara calls upon him to counsel the groom, Jim (Danny McBride), when he gets cold feet over getting married and signing up for all the changes settling down will bring. Can Ryan give a different motivational speech? And will he take his own advice?

Up in the Air is one of the best films of 2009. It is directed by Jason Reitman whose genius for compelling storytelling and creative dramas has been revealed in Thank You for Smoking and Juno. Here he has written with Sheldon Turner a bright, snappy, and incredibly relevant screenplay based on a novel by Walter Kirn. In a time when unemployment is at an all-time high, it was a bold move by the writer and director to use direct, unscripted scenes from ordinary Americans who has just gone through the humiliating, terrifying, and depressing experience of being fired. Reitman is also to be commended for his treatment of the loss of human connection in a time of cell phones, texting, and other mediated conversations. The film conveys the various ways individuals seek to handle their loneliness. Another theme which comes across clearly is the depiction of a world where the borders between here and there are collapsing but, strangely enough, more people than ever have no real sense of home or any participation in the community where they live.

Special features on the DVD include deleted scenes and a commentary by the filmmakers. 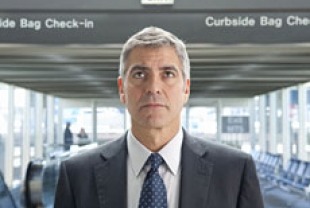 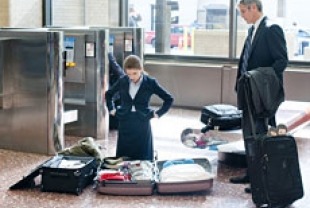 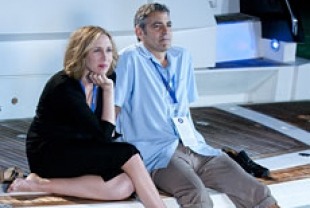 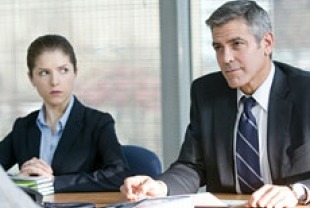