The Legend of Pale Male

Directed by Frederic Lilien
A crowd-pleasing documentary about the adventures of a wild red-tailed hawk and the people who love him in New York City.

In 1983, Frederic Lilien, a young man from Belgium who has fled the fate of becoming a lawyer like the rest of his family, experiences a life-changing encounter in Central Park. There he witnesses a wild red-tailed hawk, a species that hasn't been seen in New York City for almost a century. Enchanted, Lilien decides to become a wildlife filmmaker. He wants to track this extraordinary creature and share its beauty and awesomeness with the world. It never crosses his mind that this quest will take him on a crazy 20-year adventure, resulting in the heart-stirring documentary The Legend of Pale Male, and graphically recording the yearning New York City's urban community has for a connection with the wild — incarnated in the hawk they name Pale Male.

As he begins to film the soaring hawk and follow his flights, Lilien meets Charles Kennedy, a professional wildlife photographer who is one of the major players in the large group of Regulars who gather to watch Pale Male and chart his moves. The hawk starts building a nest on a luxurious Fifth Avenue co-op balcony. Even more exciting is his courtship with "Lola" and their first batch of babies. Pale Male is a diligent father and that impresses the Little Boat Pond crowd, a Central Park contingent which includes birdwatchers, movie stars, poets, children, a handicapped woman, and others. Lilien and Kennedy are surprised by the generosity of Dr. Alexander Fisher, a gentleman in his nineties from the East Side neighborhood who allows them to use his terrace to film Pale Male. Another companion on the journey is Lincoln Karim, whose enthusiasm for the hawk is unbounded; he rigs up scopes, cameras, and a video feed so that passers-by can see the birds from 160 yards. A final luminary in the inner circle is Marie Winn, who writes a book about her experiences with Pale Male titled Red-Tails in Love: A Wildlife Drama in Central Park.

All hell breaks loose when the wealthy residents of the Fifth Avenue co-op decide to remove Pale Male and Lola's nest. The protest is intense and dramatic as devotees of the most filmed hawk in human history gather to show their support. Actress and co-op resident Mary Tyler Moore comes to Pale Male's defense, finding the actions of her co-op board to be reprehensible. Then to make matters worse, the building's management company capitulates and, vowing to set things right, they hire an architect who creates what he considers a super-duper home for Pale Male and Lola — resulting in unhatched eggs and dashing the joyful ritual of the Pale Male devotees who delight in filming and watching the babies take their first flight.

The Legend of Pale Male is a crowd-pleasing documentary from start to finish. Frederic Lilien has done an incredible job piecing together the details of this remarkable hawk's sojourn in New York City. Asked why they are so caught up with the activities of Pale Male, young and old alike point to the wonder of his flight, the marvel of his survival in this urban landscape, the mystery of his wildness, and the beauty of his body.

Lilien and all his compatriots on the journey with this hawk, his four mates, and his many offspring, tutor us in the spiritual practices of reverence, wonder, and attention. 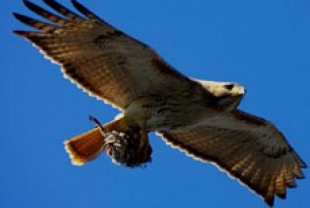 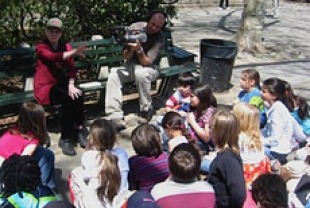 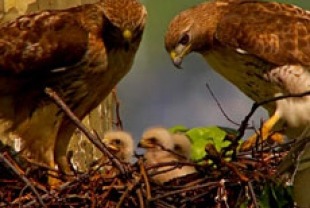 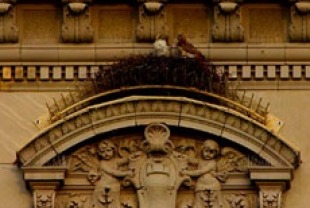 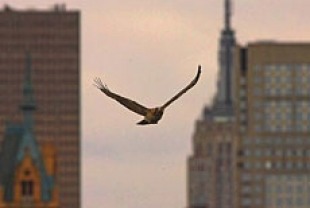 Pictures of Pale Male and Lola taken by Lincoln Karim