Directed by Oliver Schmitz
The engrossing story of the heroism and compassion of a 12-year-old South African who demonstrates selfless love in caring for her very ill mother.

Chandra (Khomotso Manyaka) is 12 years old and lives in a poor, small village near Johannesburg, South Africa. Thanks to circumstances beyond her control, she is forced to give up school, the one thing in her life that gives her pleasure. Chandra lives with her mother Lillian (Lerato Mvelase) and younger half-siblings who are the offspring of her stepfather, a man who left the home to attend to his alcoholism. When her newly-born sister dies, Chandra's mother falls into a deep depression. Chandra has to take over nearly everything.

When lesions appear on Lillian's body, the gossip quickly spreads through the community that she has that "other thing" (AIDS). As soon as Mrs. Tafa (Harriet Manamela) hears about Lillian's plight, she calls in a witch doctor to purify the house and send the demons away. Of course, the dark forces are not in the house but in the prejudiced hearts and minds of the community, fundamentalist Christians who want to expel Chandra's family because they see this disease as "the work of the Devil." That's why AIDS is never even mentioned by anyone except health officials.

As if Chandra doesn't have enough to deal with looking after her mother who refuses to go to the hospital, this isolated teenager befriends Esther (Keaobaka Makanyane), an orphan who has turned to prostitution to support herself. When she is beaten up by a client, Chandra takes her in as a sister would in the same situation. Lillian has grown very weak and she leaves home. At first, Chandra doesn't know what to do but she then comes up with a bold plan for her mother that will take all the energy, compassion, and courage she can muster.

Oliver Schmitz is the director of this amazing portrait of a valiant 12 year old who shoulders adult responsibilities with ease and does all she can in the name of love to soothe and comfort her very sick and besieged mother. The film, based on an award-winning book, lifts up and celebrates Chandra's selfless heroism in the face of community hatred and possible violence. It is so refreshing to see a female heroine who's so brave and resourceful; not many movies have been made about them. Life, Above All is one of the best and deserves your immediate attention.

Special features on the two-disc Blu-ray/DVD combo include The Making of Life, Above All. 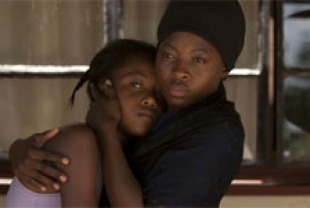 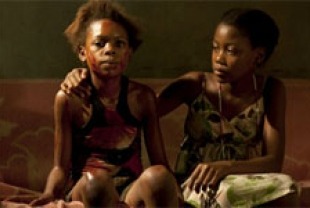 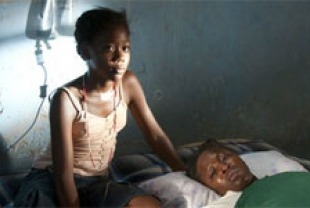