Directed by Tate Taylor
A tribute to African-American maids in the South during 1963 and their courage in telling their stories as a form of grace and courage under pressure.

Welcome to Jackson, Mississippi, in 1963, a place where African-American maids work in the homes of white women — cleaning, cooking, and raising the children. Most of them are treated shamefully and are forced to listen to nasty comments on their failings and derogatory remarks about their race, including charges that "colored people" carry disease. What is forgotten is the patience, loyalty, and tender loving care the maids give to the often neglected children of their employers.

Eugenia "Skeeter" Phelan (Emma Stone), a recent graduate of Ol' Miss and still single, is the rebel in the circle of Southern women she grew up with, despite being a member of the bridge club and Junior League. The ring-leader of this group of married women is Miss Hilly (Bryce Dallas Howard), a feisty housewife who believes in the righteousness of segregation. She is campaigning for an initiative to require whites to install separate bathrooms in their homes for the help. She has recently put her mother in a nursing home and dismissed her maid Minny (Octavia Spencer); Minny and Hilly never liked each other.

Minny's best friend is Aibileen (Viola Davis) whose ancestors have all been maids in white homes. She works for Elizabeth Leefolt (Ahna O'Reilly), a weak-willed woman who dislikes her chubby daughter Mae Mabley (Elinor and Emma Henley) and spends hardly any time with her. Aibileen is the baby's surrogate mother lavishing attention, love, and her own brand of wisdom upon her. Down through the years she has cared for and nurtured many other white children.

Much to the shock of her housewife friends, Skeeter lands a job at a local newspaper. She has always dreamed of being a journalist. When Skeeter learns that her racist mother (Allison Janney) may have fired Constantine (Cicely Tyson), the maid who ushered her through childhood and into womanhood, she comes up with the idea of writing a book revealing the plight of African-American maids and the humiliations which they must endure on the job. She plans to secretly interview maids about what it is like to work for white women.

It is a risky project given the rising tide of restlessness among blacks who are protesting in the streets of Southern cities and the backlash from racist whites. Whereas the white women seem to pay little attention to the murder of civil rights leader Medgar Evers in his front yard in Jackson, they are eager under Hilly's leadership to hold a benefit to raise money for the "Poor Starving Children of Africa." In this bizarre setting, Aibileen and Minny are emboldened to tell their stories to Skeeter so the world may know about their own courageous attempts to deal with constant prejudice and hateful racism.

The Help is based on a bestselling novel by Kathryn Stockett which charts the collaborative efforts of a white woman and two African-American maids to expose the racism of Southern women. It is directed by Tate Taylor who makes the most of the cast of gifted actresses. Besides Skeeter, the only other color-blind characters in the drama are Celia Foote (Jessica Chastain), a pariah in the community who hires Minny and asks her to teach her the basics of cooking, and Hilly's mother (Sissy Spacek), who is rocked with laughter when she hears about Minny's revenge on Hilly.

The Help is a serious drama that also has plenty of comic moments. You will care for all these characters. You will find yourself trying to figure out what makes them tick and the larger social context in which they live. You will worry with them, laugh with them, and, best of all, celebrate with them. This film has all the qualities of an engaging and heart-affecting movie. It is one of the Best Films of 2011 and will definitely result in an Academy Award nomination for Viola Davis and perhaps Octavia Spencer as well.

Special features on the two-disc Blu-ray/DVD combo include: deleted scenes; the making of The Help: from friendship to film; "In Their Own Words: A Tribute to the Maids of Mississippi"; and Mary J. Blige's "The Living Proof" music video. 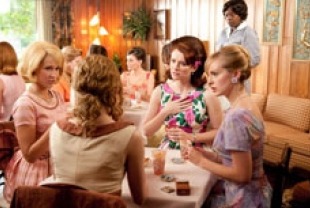 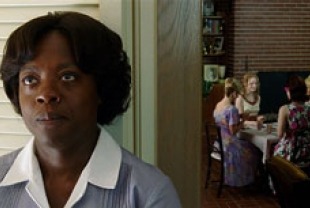 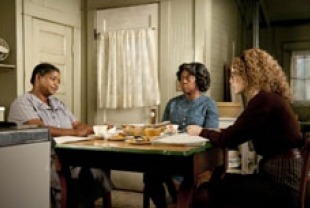 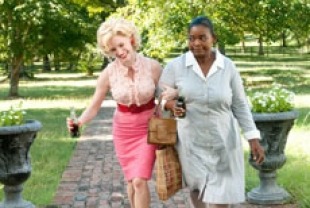 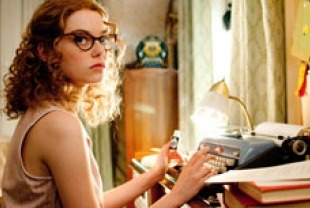 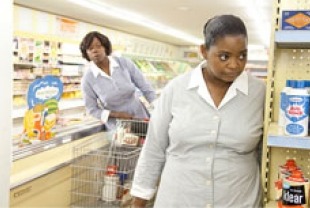 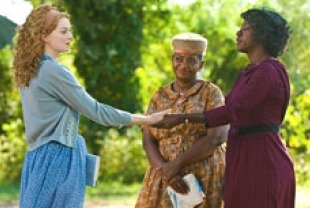