Directed by John Sayles
A portrait of American imperialism set in an occupied village during the 1900 Philippine-American War.

The setting for this period drama is 1900 on the island of Luzon in the Philippines. Rafael (Joel Torre) is the mayor of a small village where most of the people are Catholics. He's the man who collects the taxes and settles disputes.

The community is caught in the crossfire between two armed forces. Hiding in the jungle nearby is a group of rebels who are fighting for independence. Rafael's brother (Ronnie Lazaro) is their leader and his teenage son has joined them. The United States has annexed the former Spanish colony of the Philippines and American troops are now trying to put down the insurgency. They also want to introduce democracy to the villages.

Under the command of Colonel Hardacre (Chris Cooper), a small American convoy occupies the village. A cynical and violent man, he puts the relatively mild-mannered Lieutenant Compton (Garret Dillahunt) in charge as he goes off on his own mission. The Americans are aided by Padre Hidalgo (Yul Vasquez), a power-hungry Spanish priest who volunteers to serve as translator. He is quite pleased when Rafael is ordered to work in the fields along with everybody else. The two of them have never gotten along despite the fact that the mayor's wife is a very devout Catholic and obedient to her priest.

The American soldiers, mainly very young and inexperienced boys from the South, grow restless in the long succession of rainy days. One of them even falls in love with a pretty village girl. When the Colonel returns, he is enraged that his troops have not yet killed the rebels. His lust for blood sets in motion a series of events including torture of the mayor and destruction of the village's crops and water buffalo.

Amigo is written, directed, and edited by John Sayles. It is his seventeenth film and like so many of his others, it is about much more than the obvious storyline. Here American imperialism in the early twentieth century mirrors what the nation has been doing in the twenty-first century in Iraq and Afghanistan. The message here is clear: The United States has always been a war mongering country, eager to extend its power and special brand of materialistic democracy. Military leaders similar to the Colonel have always been willing to use torture to gain information and have no qualms about sacrificing the lives of innocent civilians for military victories.

Amigo, like Matewan, Lone Star, Sunshine State, Men with Guns, and City of Hope, reveals John Sayles' knack for creating rounded and realistic portraits of the complexities of community life especially during times of change and upheaval. The Filipinos in their occupied village struggle just to stay alive and are wary of the outsiders who join them for one night of celebration. But the winds of war blow fiercely and any connections with the U.S. soldiers are severed. That seems to be a repeating result of American imperialism. 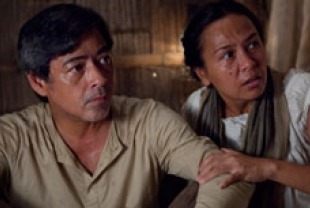 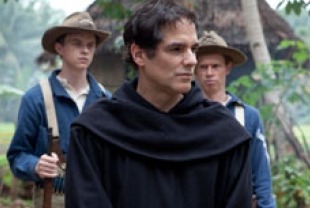 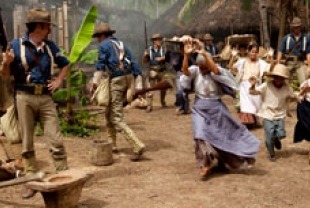 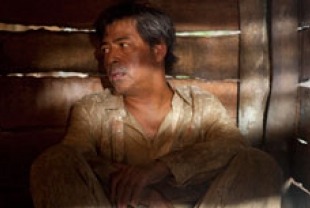 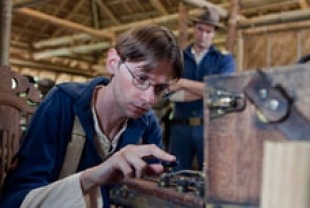 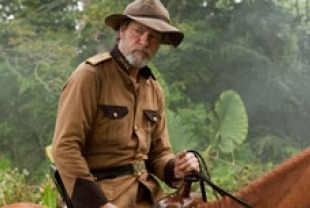