Where Do We Go Now?

Directed by Nadine Labaki
An inventive Lebanese film about the creative efforts of Christian and Muslim women in a small village to create peace and end religious hatred.

When Men Have Taken the World as Far as They Can

In her book Urgent Message from Mother: Gather the Women, Save the World, Jean Shinoda Bolen, a Jungian analyst, makes a plea for women to rally together to bring about political and social change in the world. She states:

"Until women collectively become involved in creating a culture of peace to stop violence begetting violence in the human family, women and children will continue to be the primary casualties."

Bolen points out that women in America banded together to bring about new possibilities with "the women's suffragette movement" and with the "women's liberation movement." On an international level, women made a difference through the Mothers of the Disappeared in Argentina. Christian and Muslim women brought peace to Liberia in 2003 through nonviolent protests and actions based on reconciliation and forgiveness.

In The Great Silent Grandmother Gathering, a parable for adults, a Native American elder tells the author Sharon Mehdi that "men have taken the world as far as they can; it's up to women to lead us the rest of the way."

Lebanese director Nadine Labaki was at the helm of Caramel, a charming drama about a beauty salon in Beirut and the responses of five women to men, sex, relationships, and their bodies. The story also conveys the very real societal and religious pressures that cause tension, guilt, and fear in their everyday lives as they try to find their small portion of happiness.

Where Do We Go Now? covers some of the same themes. It is about women who set out to bring peace to their embattled village where Christian and Muslim men fight over everything. Labaki mixes genres in this inventive hybrid film. There are comic moments, dramatic scenes, and some fantasy music and dance numbers. The film was shown at the 2011 Cannes Film Festival and won the People's Choice Award (Best Narrative Feature) at the Toronto International Film Festival (2011).

An Unforgettable Dance of Lamentation

Christian and Muslim women, young and old, all wearing black dresses, move slowly in a funeral march across arid land with the dust swirling around them. Some of the marchers wear headscarves and others have crosses on chains around their necks. It is a ritual of grief for the men who have been killed on both sides of the religious divide. The mourning women hold photographs of their sons and husbands, bow their heads and beat their chests as the slow procession heads to the graveyard. It is a dance of lamentation that speaks volumes about the toll and the tragedy of violence, religious hatred, and revenge.

A Yearning for True Community and Religious Co-operation

The setting for this story about peacemaking is set in a small, isolated village in the Middle East that is accessible only by a damaged bridge. The place is surrounded by land mines. When the community of Muslims and Christian families gather together in the café run by Amal (Nadine Labaki), a Christian widow with a young son, they eat the meat of a goat who was killed by a landmine.

The priest and imam are tolerant of each other — their houses of worship are across the street from each other — and they are willing to do all they can to promote co-operation between their congregations. Amal is attracted to Rabih (Julien Farhat), the Muslim handyman, but is apprehensive of taking her feelings beyond playing out fantasies in her mind.

The Patience and Creativity of Women as Peace-Makers

When the villagers hear a television report of religious violence elsewhere, the women start talking loudly so their men don't follow suit and get into a brawl. This is all part of their ongoing campaign to cool the men down and end the senseless violence. The mayor's wife (Yvonne Maalouf) mimics a vision of the Virgin Mary, a group of Ukrainian showgirls are hired to divert the attention of the men, the television is wrecked so no more newscasts can be seen, and the men are secretly given food containing hash and sedatives. Meanwhile the women locate a hidden cache of guns and move them to another location. When catastrophe befalls a young boy, his Christian mother (Claude Baz Moussawbaa) curses God and sets in motion the final and most convincing effort to demonstrate the possibilities of Christian and Muslim solidarity.

All We Are Saying Is Give Peace a Chance

Long ago John Lennon put a dream in our hearts singing: "All we are saying is give peace a chance." That's exactly what the resourceful and resilient women of this village are trying to do. This film will encourage you to ask how we each in our own way, wherever we are, can follow their example. 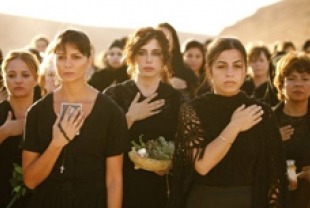 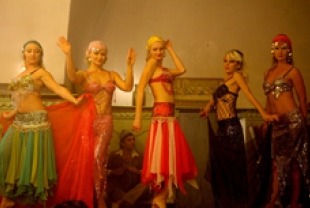 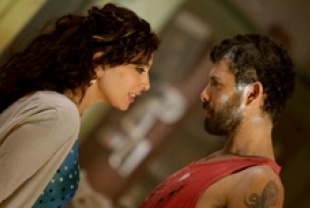 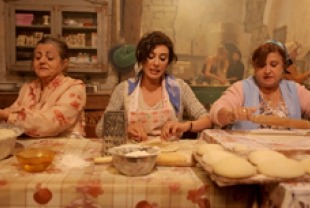 Urgent Message from Mother: Gather the Women, Save the World by Jean Shinoda Bolen

Pray the Devil Back to Hell directed by Gini Reticker