Directed by Gary Ross
A drama of survival that depicts the nurturing courage of a young woman forced to do battle against both friend and foe.

Sixteen-year old Katniss Everdeen (Jennifer Lawrence) is the responsible provider for her family in the poor community known as District 12. Her mother (Paula Malcomson) has never recovered from the death of her husband in a coal mining accident, so it is up to Katniss to watch out for her younger sister Primrose (Willow Shields). Katniss and her best friend Gale (Liam Hemsworth) sneak outside the wire fence surrounding the district into the woods to hunt. Katniss is very accomplished with a bow-and-arrow, getting food for her family and additional money by selling game on the black market in town.

Seventy some years ago, the districts of a country called Panen revolted against the "Capitol" where the rich and the powerful live. When they failed, an unusual punishment was chosen to remind them of the futility of resistance, while, supposedly knitting the country together. Each year, there is a public "reaping" in the 12 districts during which two young people, one male and one female, are chosen as "tributes." They are brought to the Capitol, trained in battle, and sent into an arena to fight until only one remains. These "Hunger Games" are described in a propaganda film as a "pageant of honor, courage, and sacrifice" that are "how we remember our past" and "how we safeguard our future." The event is broadcast on television throughout the country, much to the entertainment of the decadent and self-indulgent people of the Capitol.

Katniss and Prim attend the "Reaping Day" for the 74th Hunger Games. Much to their dismay, Prim's name is announced as the female tribute for District 12. Katniss immediately volunteers to take her place. Chosen as the male tribute is Peeta (Josh Hutcherson), the baker's son. She remembers that he gave her some bread when she was starving; he's had a secret crush on her for years.

In the Capitol, these two poor youth are stunned by the affluence of the city. They are given luxurious suites and fed sumptuous meals in splendorous settings. Their escort, Effie Trinket (Elizabeth Banks), just assumes they will find all this wonderful; she's a perfect example of the Capitol's brainwashed citizenry with her loyalty to the authoritarian President (Donald Sutherland). Their mentor, Haymitch Abernathy (Woody Harrelson), the only victor of the Games to come from District 12, is supposed to coach them on strategy and also on the all-important public relations campaigning needed to win "sponsors" who can send them needed supplies once they are in the arena. But Haymitch is also a drunkard and not initially impressed with Katniss.

She does have one ally and trustworthy person in Cinna (Lenny Kravitz), her stylist responsible for her physical transformation into someone the crowd will remember and root for. He recognizes and respects her independent mind, her authenticity, and her courage in the face of probable death.

The Games open with a parade of the 24 tributes in which Cinna's costumes for Katniss and Peeta stun the crowd. (Even though we'd read the descriptions of them in the book, they took our breath away too!) They are then interviewed by celebrity host Caesar Flickerman (Stanley Tucci) who toys with the contestants while manipulating the emotions of the national TV audience. Katniss does well, but it is Peeta who surprises everyone with a confession, earning some sympathy.

Then after a few days of training, the tributes are sent into the arena. It looks like a meadow surrounded by a forest, but in reality it is a carefully constructed stage that can be manipulated to increase the tension and terror by the gamekeepers, including Seneca Crane (Wes Bentley). The competition is heightened by the presence of the "Careers," tributes from the rich districts who have been training for this moment all their lives. One, Cato (Alexander Ludwig), is particularly ruthless; he gathers an alliance of other tributes to immediately go after Katniss.

The Hunger Games is based on the bestselling trilogy of young adult novels by Suzanne Collins. It is easy to understand why fans of the books are so zealous about the characters and the dystopia storyline. And they will not be disappointed with the film directed by Gary Ross (Pleasantville, Seabiscuit). This adrenaline-pumping drama of survival is the most engaging thriller since Avatar.

"Extraordinary people excite; they guide;
they warn; standing, as they do,
in the corridors of imagination —
statues of greatness, personifications of
marvel and sorrow — they help us
carry what comes to us as it came to them.
They give our lives an imaginary dimension.
. . . making our world less impossible
through familiarity with theirs."

Three things make The Hunger Games so powerful. First is the heroism of Katniss, whose independence, nurturing love, and survival skills serve her well during her ordeal. Jennifer Lawrence gives an Academy Award-caliber performance as this sensitive, smart, and merciful female. Her touching connection with Rue, the youngest tribute who is the same age as her sister Prim, is a turning point in the story, both in the game and in the districts where, thanks to the cameras placed throughout the arena, an oppressed people follow her every move.

Peeta to Katniss before the Games:

"I keep wishing I could think of a way to
show them that they don't own me."

Second, The Hunger Games works because it presents a thought-provoking depiction of the plight of all teenagers living in perilous times. Who cannot empathize with youth facing uncertain futures? Granted, the Games represent an extreme situation, but in that storyline are embedded classic teen challenges: disappointment with adults, from Katniss's mother's weakness to Haymitch's drinking; the pressure to make an impression, to be likeable and attractive, in order to get ahead; the lack of privacy; the need to make alliances, to decide who is authentic and who can be trusted.

President Snow of Panen,
speaking to the Chief Gamemaker:

"Why do we have a winner? Hope —
the only thing stronger than fear.
A little hope is fine. A lot is dangerous."

Third is the screenplay by Gary Ross, Suzanne Collins, and Billy Ray. True to the style of classic dystopian novels, it takes the warps and excesses of present-day society and projects them into the near future where they can be seen more clearly. Panen is a society built on fear and coercion. The Hunger Games are an intimidation device that allows a particle of hope for the victor and his/her district while making sure that the vanguished recognize the unlimited power of the authorities. The dualism of fear versus hope is mirrored in the sharp contrast between the rich of the Capitol and the poor of the districts. It doesn't take much imagination to see this as a projection of today's worldwide chasm between the 1% and the 99%.

The movie is also a critique of the spiritual sickness of those who are addicted to reality television shows. They, like the residents of the Capitol, love to watch people suffer and humiliate each other in the quest for victory. Even worse, is our addiction to violence, our gladiator culture where those who can thoroughly trounce their opponents, whether in sports or war, are considered heroes. This sad story proves there is nothing redemptive about violence.

Hope is a positive and potent spiritual practice with the power to pull us through difficult times. "What oxygen is to the lungs," Swiss theologian Emil Bruner wrote, "such is hope to the meaning of life." In the deeds and words of Katniss we see some of the virtues that can halt the destructiveness of competition and violence. She lifts our spirits by showing what Ernest Hemingway once described as "grace under pressure." We need hope to keep our souls alive, and The Hunger Games delivers a healing tonic for our times.

Special features on the two-disc DVD include: "The World is Watching: Making of The Hunger Games" - an eight-part documentary covering the "making of" the film in all aspects from the pre-production process all the way through the theatrical release and fan reactions; a featurette "Game Maker: Suzanne Collins and The Hunger Games Phenomenom"; a featurette "Letters from the Rose Garden" - insights from Donald Sutherland on the development of his role as President Snow; a featurette "Controlling the Games" - stories and concepts behind creating the control center; "A Conversation with Gary Ross and Elvis Mitchell"; a propaganda film (in its entirety); and the Marketing Archive. 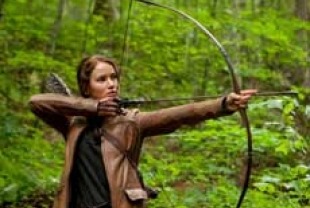 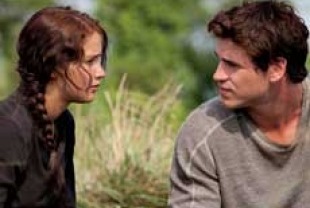 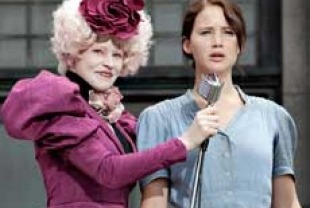 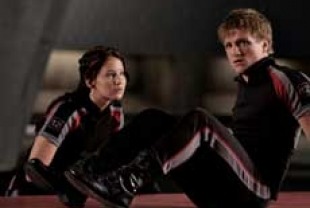 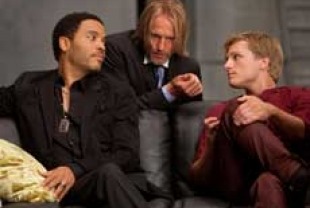 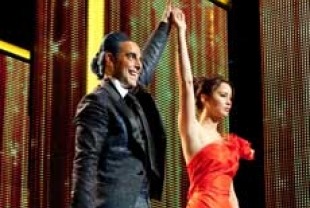 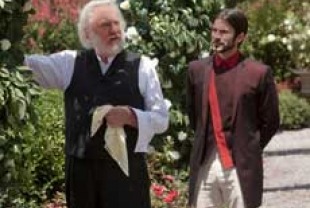 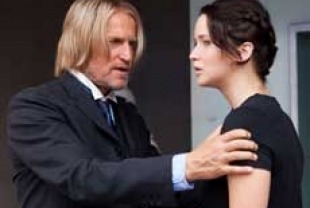 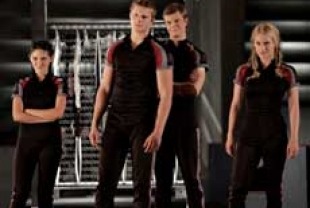