Directed by Amy Ziering, Kirby Dick
A disturbing, hard-hitting, and emotionally-shattering documentary about the rapes of women serving in the U.S. military.

Many women from a variety of backgrounds have joined the U.S. military in order to serve and protect the homeland. Others have been looking for a career or just a chance, as the popular ad puts it, to "be all you can be." What all these brave and idealistic women have in common is that they had no idea that the biggest threat to their health and well-being was not enemy fire but being raped by a fellow soldier.

• While sexual assaults are notoriously under-reported, this problem is exacerbated in military settings. The Department of Defense estimates that 14% of survivors report the assault, and that in 2010 alone, over 19,000 sexual assaults occurred in the military.

• Prosecution rates for sexual predators are astoundingly low — in 2011, officials received 3,192 sexual assault reports. But only 1,518 of those reports led to referrals for possible disciplinary action, and only 191 military members were convicted at courts-martial.

The Invisible War is a hard-hitting , disturbing, and emotionally-affecting documentary about the male cover-up of military sex crimes and the horrific suffering, anguish, and anger of women who were raped. The toll of this trauma has weighed heavily on their souls, causing depression, PTSD, and suicide attempts.

Filmmakers Kirby Dick and Amy Ziering cover the breadth and depth of the problem with a profile of Kori Cioca who suffered severe physical pain after being beaten and raped by her supervisor. She is understandably filled with anger over what happened to her and regrets that she ever joined the Coast Guard. Kori also feels sick about the injustice of the military system which gives men all the breaks and views women as sex objects and trouble makers.

"There's much about being raped in the military that's very different from civilian rape," notes filmmaker Ziering. "In many ways it can be even more profoundly damaging. If you're a civilian, you can seek immediate comfort and support from friends and family, and you can seek recourse through the criminal justice system. If you are raped in the military, you don't have these options."

In all, Dick and Ziering contacted more than 150 women and filmed two dozen. Portraits of these rape survivors include one male victim. Sexual predators repeat their crimes over and over in a quest for the thrills of violence and power. Their victims often do not report being raped for fear of destroying their careers or being threatened with death.

Given the amount of suffering endured by the victims, it is sickening to watch the feeble efforts of Congressional figures grilling high-ranking military officials; it's obvious they are not going to change their ways any time soon. Seventeen courageous rape victims band together and manage to make a few waves and teach some legislators about the egregious injustices they have had to suffer at the hands of sexual predators, their commanders, the Department of Defense, and the Veterans' Administration.

We highly recommend that you experience The Invisible War, another expose of the violence and the misogyny permeating the American military.

Special features on the DVD include: an audio commentary with director Kirby Dick and producer Amy Ziering; extended interviews; a Sundance Post-Screening Speak Out; a VetWOW Survivor Retreat; and a PTSD Therapy deleted scene. 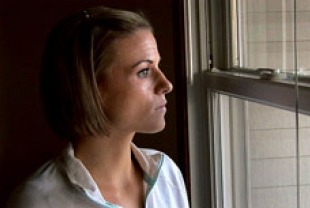 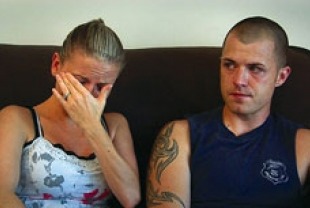