Directed by J. J. Abrams
An immensely engaging sci-fi thriller about friendship, leadership, and loss in a tense and war-mongering intergalactic world.

Similar in spirit to some of the adrenaline-pumping opening scenes in the James Bond series or the Indiana Jones franchise, the first moments of this Star Trek adventure send us hurtling through space to a volcanic island where Mr. Spock (Zachary Quinto) is in jeopardy of being incinerated while Captain James T. Kirk (Chris Pine) and "Bones" McCoy (Karl Urban) are running for their lives with a band of wild aboriginals chasing after them. They jump off a cliff and land in the ocean where their massive space ship the Enterprise is hiding. As a leader, Kirk must make a decision on whether to obey his orders to remain undercover or to save Spock from a fiery death.

In this one energized and well-realized sequence, we see and feel the double dynamos which drive this astonishingly engaging sci-fi thriller: poignant action sequences and ethical conundrums. Director J. J. Abrams has adapted a style that would please Gene Roddenberry whose Star Trek TV series has given birth to 12 feature films. At the heart of the drama is a gifted and heroic young man burdened by the hard choices which must be made as leader of the large Enterprise crew.

Kirk's decision to save Spock results in a demotion handed out by Rear Admiral Christopher Pike (Bruce Greenwood), his mentor. But when the one man Kirk respects more than anyone else is killed, he is reassigned to exterminate the ruthless terrorist who is causing so much chaos in Starfleet Central. Admiral Marcus (Peter Weller) gives the Enterprise the command to track down and kill John Harrison (Benedict Cumberbatch), who has fled to Klingon territory. Some deadly proton torpedoes should do the job.

The screenplay by Roberto Orci, Alex Kurtzman, and Damon Lindelof explores the friendship between Spock, the logic-driven Vulcan, and Kirk, the laid-back leader who often makes his ethical choices based on his gut feelings. Their experiences as they pursue Harrison take the edge off of Spock's adherence to rules and regulations and convince Kirk that revenge is a dead-end street that can only lead to more suffering and pain. The darkness both these individuals must face is the allure of war and its easy and destructive delineation of good versus evil. The old dualism does not travel well in the intergalactic world of the future.

Benedict Cumberbatch who was so impressive in the TV series Sherlock makes a formidable trouble-maker whose warrior ethic is matched by the goals and power plays of Peter Weller as Admiral Marcus, who has his own agenda for Starfleet. This 3-D production contains many vivid special effects sequences and hurdles along at breakneck speed propelled by the music of Michael Giacchino. Hats off to J. J. Abrams who has made this sci-fi thriller into an adventure with a capital "A."

Special features on the Blu-Ray/DVD include behind-the-scenes featurettes including: The Enemy of My Enemy: The ultimate look at Khan; Ship to Ship: Filming the extraordinary space jump sequence; The Klingon Home World: Re-creating the legendary species. 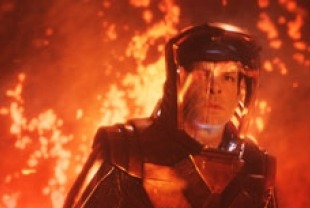 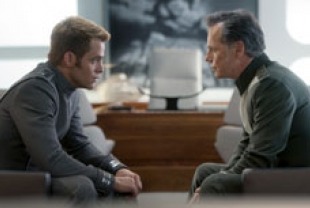 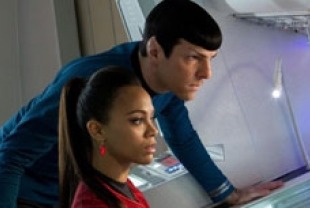 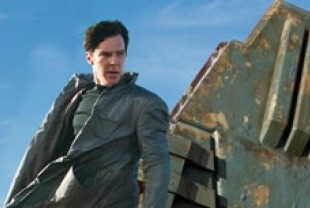 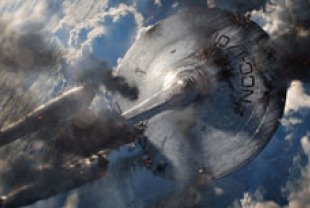