Directed by Margarthe von Trotta
An engrossing drama about the controversial comments by the philosopher Hannah Arendt on the Adolf Eichmann trial in 1962 in Israel.

"Thinking is a lonely business."

Hannah Arendt (1906 - 1975) was a German-Jewish émigré who became a citizen of the United States in 1951, the same year that her book The Origins of Totalitarianism made its debut and established her as a formidable intellectual celebrity. Although Arendt was the first woman to hold a full professorship at Princeton University and would later teach at the New School for Social Research in New York City, this always busy philosopher and political thinker faced the most daunting challenge of her illustrious career when she decided to publish five articles on the trial of Adolf Eichmann, the Nazi Gestapo chief in charge of Jewish Affairs. This pivotal incident in Arendt's life is the focus of this film.

The drama opens with Arendt learning that Israeli intelligence, the Mossad, have captured Eichmann in Argentina and brought him to face his accusers, including many Holocaust survivors, in Jerusalem. At the 1961 trial, the Nazi officer sits inside a glass booth. Writer and director Margarethe von Trotta wisely uses actual footage of the proceedings as victims share their terrifying memories of Nazi train transports and death camps, describing Eichmann as arrogant and aloof monster. Arendt (Barbara Sukowa) listens to his claims that he "never had any inclination to kill anybody" and that he "had never hated Jews." Using bureaucratic language, Eichmann testifies that he was just obeying his superiors and doing his duty.

"The sad truth is that most evil is done by people who never make up their minds to be good or evil."

In a series of articles published in The New Yorker after the trial, Arendt reveals her abhorrence for Eichmann's crimes and her shock at the ordinariness of the man. She coins the phrase "the banality of evil" to describe him. She writes:

"The trouble with Eichmann was precisely that so many were like him, and that many were neither perverted nor sadistic, that they were, and still are, terribly and terrifyingly normal. From the viewpoint of our legal institutions and of our moral standards of judgment, this normality was much more terrifying than all the atrocities put together."

But it is not her analysis of Eichmann that becomes an issue. Rather, in the same articles, Arendt, speaking as a philosopher, raises questions about whether Jewish leaders could be seen as cooperating in some of the developments that led to the Holocaust. This philosophical response unleashes a storm-cloud of criticism and hatred that stuns Arendt. But even more painful is that two of her closest friends view her as a traitor to her race and turn away from her in the name of their principles. The film's high point is a speech that Arendt gives to students in which she salutes the art of thinking and laments the consequences of unthinking:

"This inability to think created the possibility for many ordinary men to commit evil deeds on a gigantic scale, the like of which had never been seen before. The manifestation of the wind of thought is not knowledge but the ability to tell right from wrong, beautiful from ugly. And I hope that thinking gives people the strength to prevent catastrophes in these rare moments when the chips are down."

The German Film Academy selected Hannah Arendt for the Silver Lola Award for Best Film and Barbara Sukowa as Best Actress. This is well-deserved recognition. The film is now playing at the Film Forum in New York City through June 11 and opens in Los Angeles on June 7. See the schedule for other performances at www.zeitfeistfilms.com.

Special features on the DVD include a making-of documentary; deleted scenes; the original theatrical trailer; optional English subtitles and SDH Bonus: Q&A with the filmmakers and stars. 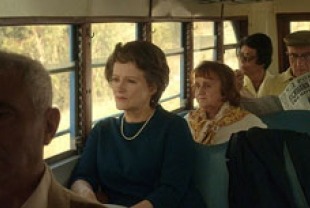 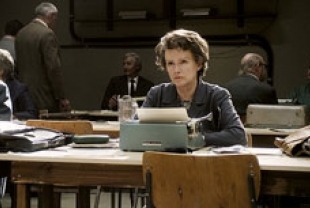 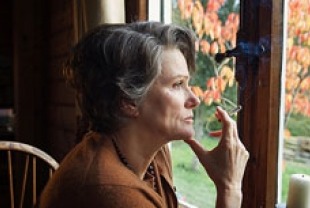