Directed by David Gordon Green
A charming film which shows that even the weirdest and most irritating people are full of surprises and capable of change.

It is always a pleasure to witness the unspooling of salt and pepper relationships where two people who are complete opposites try to get along and move ahead. In 1988 Alvin (Paul Rudd) and Lance (Emile Hirsch) work together as a two-man road maintenance team painting yellow lane dividers and hammering in roadside markers. They are laboring in a desolate area in central Texas which was ravaged by fires the year before. The scorched woodlands provide a challenging backdrop for these two as they toil all day in the burning sun and in the evening pitch their camp on the charred ground.

Alvin is in the midst of a romantic relationship with Lance's sister and has gotten this job for him as a favor to her. These two men irritate each other to no end. One source of contention is an Equal Time Agreement on the use of a boom-box. When Lance turns off Alvin's German language tape and puts on his rock music, Alvin asserts that he is the boss and has the authority to make the final decision on what they listen to as they work.

The differences between these two is brought out in their encounters with a cantankerous truck driver, Toodie (Lance LeGault), who provides them with booze. While Lance takes a break and goes to town over the weekend to get laid, Alvin comes across a sad woman (Joyce Payne) sifting through the meager remains of her home which was destroyed by the fire. "Everything is past tense now," she says. "Sometimes I feel like I am digging in my own ashes." As an act of empathy, Alvin reaches out to her in her grief. He has no idea that big changes are also coming to his life.

David Gordon Green, who was at the helm of George Washington, All the Real Girls, Pineapple Express, Snow Angels and Undertow, is a director who has demonstrated a wacky devotion to the mysterious dynamics of human relationships; he shows how they can change in the blink of an eye and transform into something completely different. As writer and director of Prince Avalanche, Green brings Alvin and Lance into a clash of anger and mutual disgust that ends in a crazy drinking binge during which they let loose their primal emotions. It is a cathartic experience enabling them to renegotiate their relationship based on new common ground and honesty.

Rudd and Hirsch deliver colorful and nuanced performances as the two lead characters, and the creative music by Explosions in the Sky and David Wingo adds emotional clout to the story. The screenplay has been loosely adapted from an Icelandic film called Either Way. Prince Avalanche is a quirky comedy that proves that even the weirdest and most irritating people are full of surprises and capable of change. 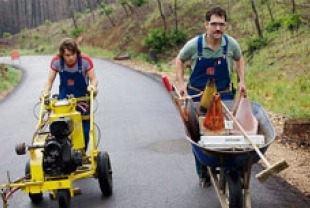 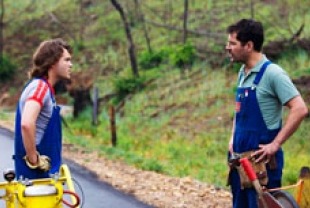 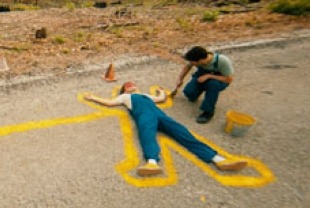 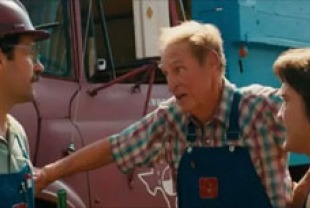