Directed by James Gray
The harrowing story of a Polish nurse who struggles to survive and keep her soul alive in 1921 New York.

In this drama set in New York City in 1921, Ewa (Marion Cotillard), a Polish nurse, arrives at Ellis Island with her younger sister Magda (Angela Sarafyan). They have high hopes of a better life in America and look forward to staying with their uncle and aunt in Brooklyn until they can get a place of their own. But their dreams are dashed when the authorities order Magda to be quarantined because she needs to be treated for TB. Then Ewa is told that she cannot enter the United States because of reports that on the ship she demonstrated "bad morals." In a state of shock, she feels completely isolated and heartbroken.

Suddenly like a knight in shining armor, Bruno Weiss (Joaquin Phoenix) appears and befriends her. He pays off the right officials at Ellis Island and gives Ewa a place to stay. Bruno has big plans for this Polish beauty whose elegance and sophistication set her apart from the loose women working for him at a bar and theatre he runs.

He expects her to be grateful for all he has done for her, but she recoils when he hugs her. He explodes in a rage and then after cooling down, realizes that he must be patient with her in order to win her love and trust. Bruno reminds her that she needs money to take care of her sister so he arranges for the adolescent son of a rich man to have sex with her. Seeing where her life is headed, Ewa flees.

Her uncle, however, has heard reports of her immoral behavior on the ship. He turns her away, and she is taken back to Ellis Island. There she listens to a performance by the popular opera singer Enrico Caruso (Joseph Calleja) and watches as Orlando the Magician (Jeremy Renner) entertains the audience with a levitation act. He falls in love with Ewa the first time he sees her. Bruno refuses to give up on her and saves her from deportation once again, only this time around she agrees to work as a prostitute for him as long as they split the profits on a 50/50 basis.

The Immigrant is directed by James Gray (Two Lovers) with an intense focus on the suffering and plight of this young woman who endures one setback after another in her struggle to stay in America. He draws out a spirited performance from the talented Cotillard. This radiant woman is not pleased when she is seen as the saving grace for Bruno and Orlando who turn out to be cousins. But she's a survivor and she will do whatever it takes to stay alive and save her sister. 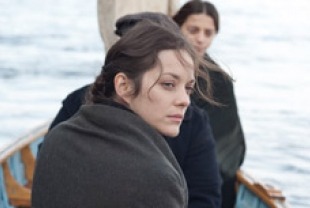 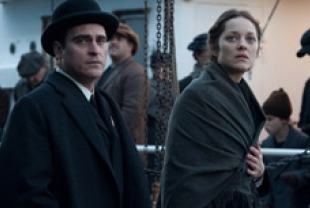 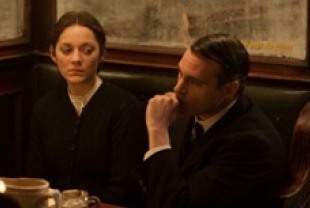 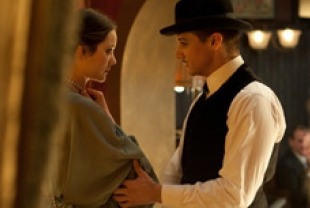