Directed by Elena Mannes, Peter C. Jones
An elegant portrait of the life and ministry of Father Thomas Keating, a towering figure on the global spirituality scene.

The inimitable Thomas Keating is one of the foremost teachers of contemplative practices in the Christian tradition. One of S&P's Living Spiritual Teachers, he is a Trappist monk, a co-founder of the Centering Prayer movement, a prolific and accomplished author, the spiritual guide of Contemplative Outreach which has groups around the world, and a pioneer in the multifaith movement to foster understanding among the world's religions. In this elegant and enlightening film directed by Elena Mannes and Peter C. Jones, Fr. Thomas' deep devotion, wisdom, tenderness, vulnerability, and charisma come to the fore in interviews with him conducted by his longtime friend John Osborne.

Keating was born in 1922 to wealthy parents. His mother saw herself as a Christian and his father was a non-practicing Catholic. After learning about death at the age of five due to an illness, Keating became interested in religion; as a boy he used to steal away to Mass, convinced his parents would not approve. Sent to the best elementary and high schools, he ended up at Yale but decided that God had called him into the priesthood. In 1944, Keating entered the Trappist Monastery in Valley Falls, Rhode Island.

Keating's leadership abilities were evident early in his ministry. He became the abbot of St. Joseph's Abbey in Spencer, Massachusetts, and later the superior of the Trappist community at St. Benedict's Monastery in Snowmass, Colorado.

Throughout this presentation of Keating's life and ever-changing ministry, he emphasizes the great love God has for human beings and the varied ways we are romanced. We all can participate in the divine nature, he says, and experience a radical transformation through the gift of God's grace: "The only requirement is to be born and to consent." Although we cannot see the Source of all life, we can sense something greater than ourselves that is present in both the natural world and in all human beings.

Keating looks back on his early years as a priest and regrets that his ardent faith and ascetic disciplines had a dire effect on some of those in his care. He also reveals a deep rift with his father who was adamantly opposed to him entering a monastery. He discusses several mystical experiences that opened his heart, including a profound feeling of connection with the cloud of witnesses at a World War II cemetery and another revelation when surrounded by the beauty of nature he felt embraced by divine love.

His commitment to the practice of contemplation led him to dialogues with leaders of other world religions. The film includes clips of his conversations with his Holiness the Dalai Lama and Imam Feisal Abdul Rauf of the Majid Al-Farah Mosque in New York.

Father Keating, along with M. Basil Pennington, developed the practice of Centering Prayer, now a core practice for Christians around the world. In one scene, Keating visits Jens Soering, an inmate at the Brunswick Correctional Center, who explains how the prayer has changed his life, leading him to write about it for other prisoners.

In 1984, Keating founded Contemplative Outreach to carry Centering Prayer to a worldwide audience. They are now celebrating "A Path into Divine Love: 30 Years of Grace and Gratitude" with a series of e-courses hosted by Spirituality & Practice. At 91 years of age, Keating is still going strong and more convinced than ever that God's language is silence.

We can see why Thomas Keating: A Rising Tide of Silence won the Audience Special Recognition Award at the 2013 Aspen Film Festival. It reveals how the arc of a spiritual person's life is in God's hands.
Go Deeper

We invite you to reflect upon these quotations from Thomas Keating that appear on the screen during the film.

"The Spiritual Journey does not require doing anything because God is already with us and in us."

"Just by the very nature of our birth, we are on the spiritual journey."

"God will bring people and events into our lives, and whatever we may think about them, they are designed for the evolution of His life in us."

"Holiness is the process whereby God changes our attitudes toward our trials and tribulations."

"Vulnerability means to be hurt over and over again without seeking to love less, but more."

"Centering Prayer is a practical way of cultivating interior silence. It is deeper than the senses, deeper than consciousness itself."

"If one completes the journey to one's own heart, one will find oneself in the heart of everyone else."

"The Spiritual Journey is a struggle to be ever more available to God and let go of the obstacles to that transforming process." 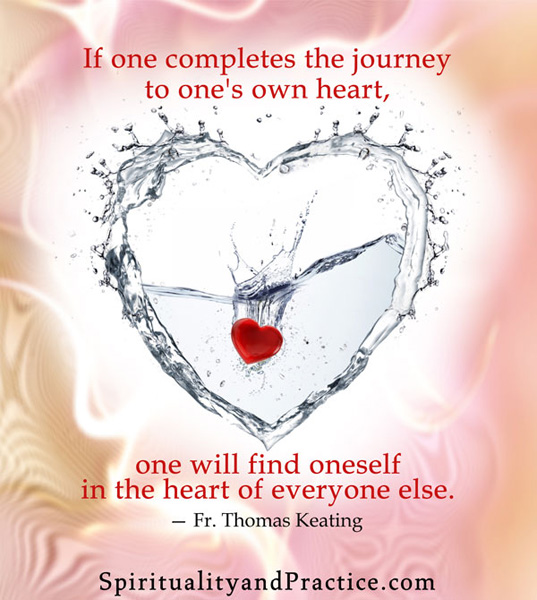 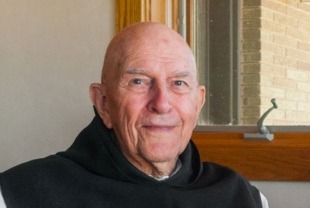 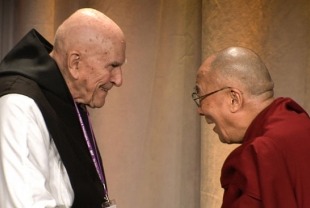 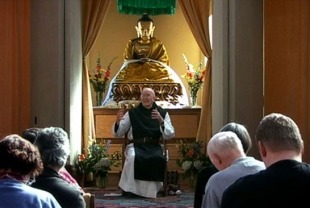