Directed by Wally Pfister
A sci-fi thriller that is carried into our consciousness by Rebecca Hall's heartfelt and nuanced performance.

Welcome to Berkeley, California, in the near future where the fallout from a crash between humankind and technology has left the city in shambles with no Internet, cell phones, or other essentials of the digital world everyone took for granted. We are shocked to see a computer keyboard used to keep a door open.

The narrator Max (Paul Bettany) takes us to a period five years earlier where he was a trusted member of a team of scientists working on a sentient machine called PINN (Physically Independent Neural Network). The project caught the eye of the government even though Dr. Will Caster (Johnny Depp), the chief scientist behind this A.I. (artificial intelligence) experiment wants to maintain the freedom he and his wife and fellow researcher Evelyn (Rebecca Hall) have had to go their own way without bureaucratic interference.

These very bright scientists believe they are working with an evolutionary advance in human consciousness. At a fundraiser, Evelyn talks about changing the world, and Will describes the means: "Imagine a machine with the full range of human emotion. Its analytical power will be greater than the collective intelligence of every person in the history of the world. Some scientists refer to this as the singularity. I call it transcendence."

Not everyone shares their optimism. A radical group that calls itself RIFT (Revolutionary Independence from Technology), led by Bree (Kate Mara) is willing to use violence to stop what they see as a brave new world of mind control and oppression. One of their number asks Will whether he's acting like god by advancing the cause of Artificial Intelligence. The scientist responds: "Isn't that what man has always done?" The Luddites blow up a lab, killing some researchers and then shoot Will.

Although the scientist only suffers a surface wound, doctors discover that the bullet was coated with radiation and he only has a few weeks to live. In a battle against time, Evelyn and Max seek to upload all the data in his mind to PINN so that what he knows and all its potential is not lost.

This ambitious science fiction film is directed by Wally Pfister, the longtime cinematographer of Christopher Nolan, and written by Jack Paglen. There have been quite a number of movies dealing with the negative fallout from cyborgs including 2001, Demon Seed, The Net, and Virtuosity. More recently, Spike Jonze's Her explored a man's relationship with a computer operating system, somewhat similar to what Evelyn tries to do in this film. But Transcendence cannot hold a candle to that Academy Award nominee.

Still, it does merit attention as a cautionary tale about scientific hubris in the information age. Some of the developments in the second half of this thriller are worth thinking about: Evelyn's willingness to follow the instructions of a digital representation of her husband; an older colleague's (Morgan Freeman) view that the super-intelligent computer that can heal people and give them amazing new powers is malevolent; and the struggle that takes place in Evelyn whose emotions reveal her love for Will in his new form but whose reason cannot accept his control over her and his "hybrids," the locals he has healed.

Without Rebecca Hall's heartfelt and nuanced performance this science fiction thriller would have no soul. Her choice, at the end of Transcendence is truly redemptive.

Special features on the Blu-Ray/DVD include What is Transcendence?: the concept of "transcendence" is discussed by cast and filmmakers as we look inside the film's exploration of Artificial Intellignece and the Singularity; Wally Pfister: A Singular Vision: step inside the creative process of visionary director Wally Pfister to see how he juggles the dazzling, technologically advanced visuals along with guiding the cast through their intense character arcs; Guarding the Threat: join the debate on the benefits and dangers of "transcendence"; The Promise of A.I.: learn about the amazing potential of A.I. from scientists and the filmmakers; Viral Videos: It's Me; Singularity; R.I.F.T. 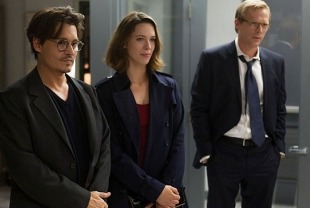 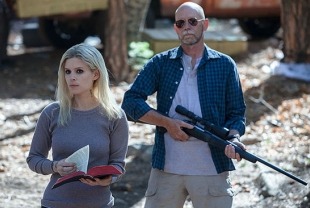 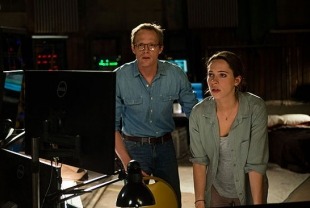 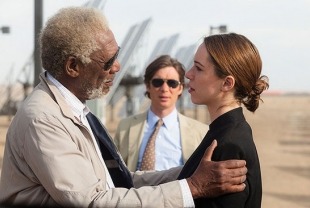