Directed by Martin Provost
A triumphant biopicture about an immensely creative bisexual woman who has been called France's greatest unknown writer.

Martin Provost has a knack for engaging us in the life stories of French artists. In Seraphine (2008) he invited us to appreciate the artistic passion of a washer woman who in her spare time created luminous paintings. In Violette, he takes us inside the life of a pioneering author whose writing was championed by many of the famous French literary masters of the post-World War II years. Julian Barnes, author of Flaubert's Parrot has rightly observed "the writer must be universal in sympathy and an outcast by nature."

Violette Leduc (Emmanuelle Devos) lives in Paris with her churlish husband Maurice Sachs (Olivier Py), a gay writer with little talent; they barely scrimp by as black marketers. The only good thing about him is that he pushes Violette to write since she is gifted with words. After he flees, she has more time for reading and is quite impressed by Simone de Beauvior's She Came to Stay. It compels her to set down on paper her memories of childhood, sexual abuse, and being ignored by her self-absorbed mother Berthe (Catherine Hiegel).

"Writing is a lonely job. Having someone who believes in you makes a lot of difference."

With high hopes, Violette leaves the manuscript of In the Prison of Her Skin with Simone de Beauvoir (Sandrine Kiberlain). The accomplished, very private, and cosmopolitan writer loves the book and feels confident that Violette can have a great literary career if she feels free to express authentically all that has happened to her. Simone recommends the book to her friend Albert Camus who publishes it in his new "Espoir" series at Gallimard.

Seeing how desperate Violette is for human connection and friendship, Simone introduces her to the very avant-garde writer Jean Genet (Jacques Bonnaffe) and the very rich collector Jacque Guerin (Olivier Gourmet) who later gives her large amount of money as a sign of his affection for her. He and Genet are gay and Violette is bisexual.

"All artists' work is autobiographical. Any writer's work is a map of their psyche. You can really see what their concerns are, what their obsessions are, and what interests them."

It takes a large amount of courage and perseverance for Violette to stay the course after her first book does not sell very well. In Ravages, she breaks all the rules of polite society by writing about the pleasure of her first lesbian relationship and her experience of an abortion. Controversy swirls around her book while Simone achieves fame and fortune with her bestseller The Second Sex. Even though she remains Violette's largest fan, she refuses to have sex with her and eventually teams up with France's most famous writer and literary leader Jean-Paul Sartre.

"Books let us into their souls and lay open to us the secrets of our own."

Writer and director Martin Provost sees Violette Leduc as a conflicted writer who struggles all her life with a lack of confidence and a loneliness that is a constant source of pain and anxiety. By dividing the film into six chapters named after characters in her life, we see the cumulative effect of her self-disgust (she calls herself "the Ugly Woman") as well as her genius as a writer who is able to win accolades from Frances's most honored literary masters. From the opening scenes of her horrific marriage to the final scene of her writing on sunny hill in bliss, Emmanuelle Devos (Kings and Queen) impressively rides the volatile and unpredictable waves of emotions which dominated this writer's life and writings. In the end, Simone opens the last door for her and Leduc is blessed with some of those things she has wanted and waited for all her life.

Violette Leduc (1907-1972) was a gifted feminist writer whose career owes a great deal to the encouragement, guidance, and financial support of Simone de Beauvoir. Leduc's talent has been compared to James Joyce's in terms of its creative use of language. Vulnerability elevated Leduc’s work and gave it a special glow, setting it apart from so much that was abstract in French literature. Leduc was an everywoman in a sense: filled with desire, too needy at times, but deeply and profoundly affirming the fierce female vitality rendered illegitimate by the society. She was a rebel with a cause and a heroine to all women who yearned for more freedom and fulfillment.

As Simone de Beauvoir wrote of Leduc’s writings: "The richness of her narratives comes less from the circumstances depicted than from the burning intensity of her memory; at each moment she is completely there through all the thickness of the years." What a precious resource this "burning intensity" turned out to be, enabling her to imaginatively turn the coal of her experiences into literary diamonds.

Leduc is sometimes referred to as "France's greatest unknown writer." Thank God for Martin Provost's incredible biopicture of Violette which gives us the opportunity to learn about her story and to open our hearts to the burdens she carried and then reframed for us. 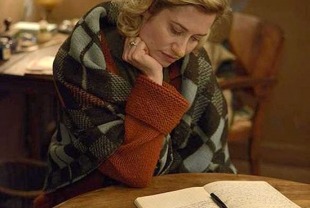 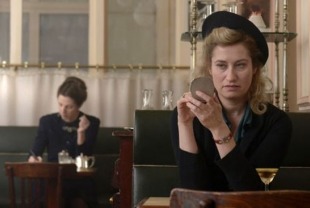 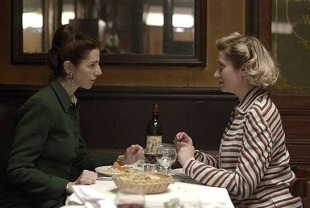 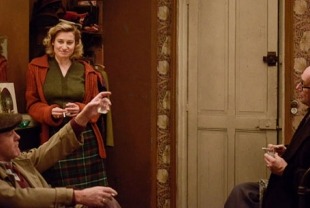