Dawn of the Planet of the Apes

Directed by Matt Reeves
A post-apocalyptic story that revolves around the moral leadership of a peace-making ape and the heart-centered actions of a good man.

A deadly virus has killed off most the world's population and led to a world war that has devastated cities. Although it was caused by human error, the plague has been dubbed "the simian flu" and fear and hatred of apes remains very strong. A band of survivors barely cling to life in a rotting and desolate San Francisco led by Dreyfus (Gary Oldman), a former military man who blames the apes for the deaths of his family. His goal is to reactivate the generator at a dam outside the city in order to restore power and make contact with other possible survivors.

Meanwhile, in the Muir Woods, the apes have created their own world. As warriors they can now ride horses and handle firearms. The leader of this community is the almost human Caesar (Andy Serkis), a fierce defender of peace ("Apes do not kill apes") who is relieved that they have seen no signs of humans for several years.

Then Malcolm (Jason Clarke), his wife (Keri Russell) and son (Kodi Smit-McPhee), and several workmen show up in the woods on their way to the dam. Caesar agrees to allow them work on their plan to solve the human's power crisis (sound somewhat familiar?). The only requirement is that they surrender all their guns. In a glorious scene, an ape is seen smashing one into pieces. Later when a deadly firearm is found among the humans at the camp, Caesar throws it into the sea.

Opposed to cooperating with the outsiders is the ape Koba (Tony Kebbell) who remembers being imprisoned and medically manipulated by malevolent human beings in a research lab. When he discovers that the humans in San Francisco have an arsenal of weapons they could use to destroy the apes, he vows to set the community on a more aggressive path. Caesar learns an important spiritual lesson from Koba, as he later tells Malcolm: "I always think ape is better than human, I see now how like them we are."

Dawn of the Planet of the Apes is an admirable sequel to Rise of the Planet of the Apes (2011) with its stunning special effects sequences and its interest in exploring important philosophical and ethical issues involving war and peace, trust and betrayal, and the spiritual nature of leadership in times of chaos and destructiveness. Given the fact that Dreyfus intends to wipe out the ape community no matter what, it is only natural that we throw our allegiance to the side of Caesar and company. We are also heartened when Malcolm proves to be a good man in his dealings with the ape community. 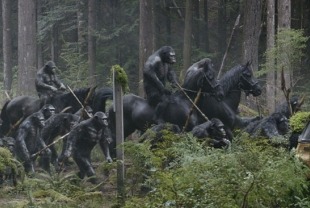 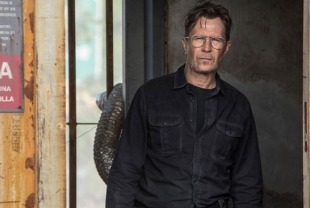 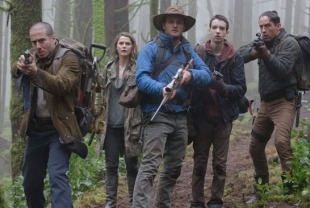 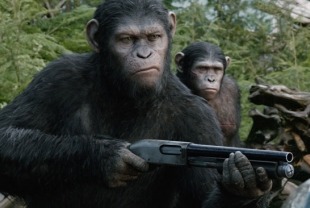 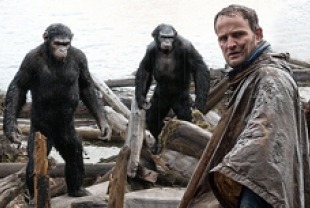 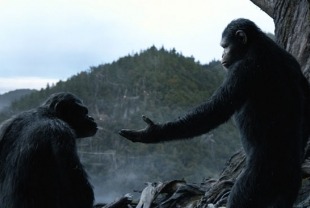