Directed by Orlando von Eisiendel
An inspiring documentary about four people who demonstrate heroism while trying to protect a wildlife sanctuary in the midst of a civil war.

"Even in the darkest times in our history,
people of extraordinary character have lived among us,
showing us a way out of the deplorable cycle
of hatred and aggression. They exist this very day."
— Scott A. Hunt in The Future of Peace

Throughout its history, the Congo has been a target for colonial invasion thanks to its varied and rich natural resources. In 1960, the country declared its independence and in the early 1990s was caught up in a protracted civil war. The first democratic elections took place in 2006, but poverty and political corruption still plague the Democratic Republic of the Congo.

Recently a new player entered the scene with the discovery of oil beneath Lake Edward. SOCO International is a British petroleum company. Most likely due to promises of payoffs, they have gotten the support of the heavily armed M23 rebel group fighting the Congolese army.

In the midst of all this chaos and violence, director Orlando von Einsiedel has chosen to focus on the heroism and compassion of four individuals who are trying to protect the Virunga National Park, a UNESCO World Heritage Site. It is one of the most biodiverse places on Earth and home to the last mountain gorillas (only 800 survive).

Ranger Rodriegue Katembo, once a child soldier, is now a section chief at the park. His job is to uphold the law and to prevent SOCO from drilling in a part of Lake Edward that is part of the park.

Emmanueul de Merode is the Belgian warden of the park. He rallies the rangers to do all they can to protect this wildlife sanctuary. On patrol they come across the carcass of an elephant killed by poachers for its tusks. He sees the civil war, and the oil company's pressures as concrete threats to conservation efforts not only in Virunga but also elsewhere in Africa.

Meanwhile, Melanie Gouby, a French journalist, tries to talk to as many parties in the conflict as possible. At a dinner, she tapes a SOCO employee talking about why the Europeans should colonize the Congo once again. She wants to connect the dots between the rebels and SOCO. As the M23 rebels advance to the edge of the park, she finds herself right in the middle of the action. At a refugee camp, she notes that just a few days before, 60,000 civilians were there; they have all fled.

In several very moving sequences we meet Andre Bauma, a quiet ranger who takes care of four orphaned gorillas as if they were members of his family. We see him and other rangers playing with the gorillas in some truly awe-inspiring scenes. When gunfire sounds nearby, the gorillas run to their caregivers for comfort. Close-ups of their faces convey their uncertainty; they seem like poster-children for a threatened Africa.

Virunga is one of the Most Spiritually Literate Films of 2014. The film includes some very scary sequences when the M23 rebels overtake the park, and we worry about what will happen to the rangers and the animals they are protecting. But it ends on a hopeful note as the principals talk about what they are doing and why. As they express their commitments, we understand why these courageous and compassionate people can demonstrate such grace under pressure.

Philip Zimbardo, a world-renowned psychologist, has spent five years working on a project designed to foster the "heroic imagination." In an article on the website for the Greater Good Science Center, he talks about his research and findings.

Heroism has several parts: "It's performed in service to others in need — whether that's a person, group, or community — or in defense of certain ideals. Second, it's engaged in voluntarily, even in military contexts, as heroism remains an act that goes beyond something required by military duty. Third, a heroic act is one performed with recognition of possible risks and costs, be they to one's physical health or personal reputation, in which the actor is willing to accept anticipated sacrifice. Finally, it is performed without external gain anticipated at the time of the act."

Zimbardo contends that we are born with the capacity to do both despicable and wonderful things. He concurs with George Bernard Shaw who has written, "Every reasonable man and woman is a potential scoundrel and a potential good citizen. What a man is depends upon his character what's inside. What he does and what we think of what he does depends upon his circumstances."

Here are a few insights that have been gathered from surveying 4,000 Americans:

• Heroes surround us: one in five — 20 % — qualify as heroes based on the definition given above.

• Education matters: the more educated you are, the more likely you are to be a hero.

Other qualifiers for heroism include being a volunteer, being a man, being black, and having survived a disaster or personal trauma. Zimbardo is working on an "Encyclopedia of Heroes," a collection of hero stories from around the world. Also in preparation is an online four-week "Hero Challenge" to help people of all ages to develop their heroic abilities.

Part of Zimbardo's Heroic Imagination Project (HIP) is to democratize the notion of heroism. Here is a five-minute video on the project: 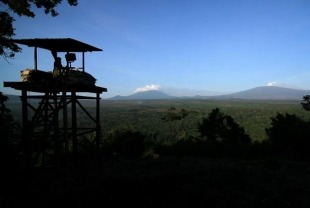 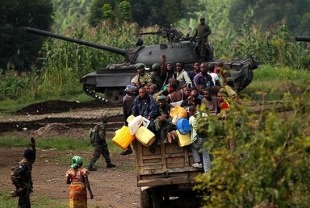 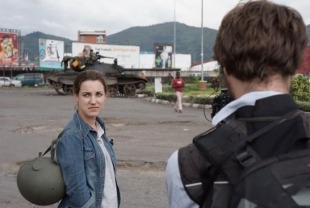 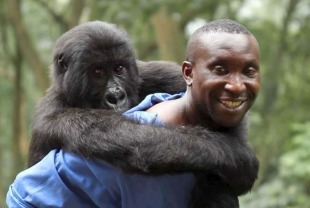