Directed by Chris Dowling
A Christian drama about a boy with Down Syndrome who works wonders in the life of a depressed alcoholic.

Calvin Campbell (Kristoffer Polaha) was a Detroit Tiger baseball player who blew his chances for a long and profitable career by freezing at the plate with panic attacks. Now the former high school star is back in his hometown raising his 17-year-old daughter Katie (McKaley Miller) who is upset about his drinking problem. 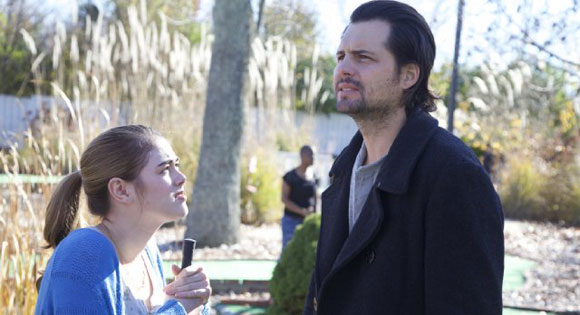 Calvin is not pleased that his daughter is dating an older teenager who is a selfish and aggressive person with no values who only looks out for himself. On the other hand, Calvin is very much taken by Produce (David DeSantcis), a young man with Down Syndrome who works at a grocery store and gives hugs to his favorite customers.

"He who lives in hope dances without music."

The two men become friends; Calvin teaches the young man about baseball batting, and Produce invites him to the Christian church he attends. Meanwhile, Calvin hits bottom with his drinking and joins a local AA group. His best friend Milton (William Zabka) plays a role in helping his buddy give up his self-destructive path. A tragic accident involving him and Produce serves as the catalyst for Calvin and his daughter praying for the first time in their lives. 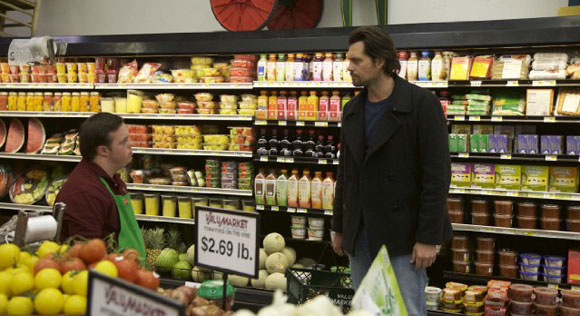 This Christian drama written and directed by Chris Dowling is better than a number of other more dogmatic Christian message films. With light strokes, we see how Calvin is turned around by the grace of God that comes to him via the cheerful and good-hearted actions of Produce who reads the Bible and walks the talk of loving his neighbors.

"The note we end on is and must be the note of inexhaustible possibility and hope."