Directed by Jake Schreier
Another content-rich dramedy based on a bestseller by John Green.

From the moment he first sees Margo (Hannah Alligood), his alluring next door neighbor in Orlando, Florida, Quentin (Josiah Cerio), is in love. By the time they are nine years old, they are inseparable friends. One day while in the park, they come across the body of a dead man propped up against a tree. Whereas Quentin feels uncomfortable in this situation, Margo is inspired to find out more about the man and what might have happened to him. Quentin, who serves as the narrator of this coming-of-age dramedy, says:

"Margo always loved mysteries. And in everything that came afterward, I could never stop thinking that maybe she loved mysteries so much that she became one."

As the years pass, these two very different youth drift apart. In high school, Margo (Cara Delevingne) travels with the popular boys and girls while Quentin (Nat Wolfe) has two close friends — Radar (Justice Smith) and Ben (Austin Abrams). Radar is the only one among them who has a girlfriend; Ben yearns to attend the prom with anyone who will have him. 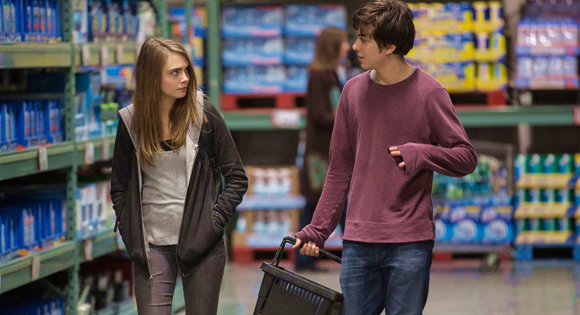 Much to Quentin's surprise, Margo appears one evening, like she used to do in the past, and asks him to join her in an adventure. It turns out to be a series of pranks against her inner circle of friends who have betrayed her. With his adrenalin pumping, Quentin feels like a new person who has just been liberated from his self-imposed prison of safety and security. He has spent his entire youth planning to achieve the dream of becoming a doctor with a wife and kids in suburbia. Much to his dismay, all this attention on the future has served as a roadblock to just savoring the present moment.

Margo, of course, is the exact opposite of her sweet friend. At eighteen, she is bored to death with Orlando and ready to run away. The next morning and the days afterwards, Margo is missing from class and from her home. Quentin realizes that it is now or never to fulfill his dream of being with the one he loves. And so begins his quest to find her using clues that she has devised for his search — messages on door latches, notes written on the walls of a slum building, and lines from a poem by Walt Whitman. 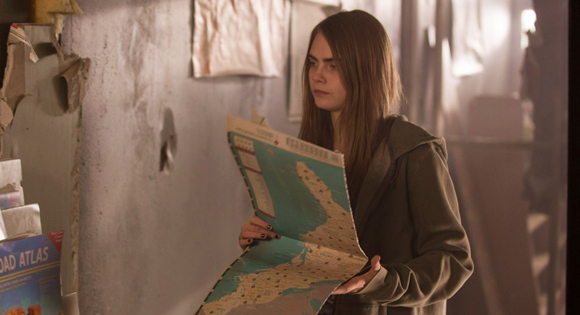 On their adventure night, Margo had mentioned her disdain of Paper Towns. But when Quentin discovers a real town in upstate New York called Algo, a place built by map makers — he is convinced that is where he will find her. His two buddies decide to accompany him, along with Angela (Jaz Sinclair), Radar's girlfriend, and Lacey (Halston Sage), Margo's friend.

Throughout this mystery tale directed by Jake Schreier and based on another John Green bestseller (also the author of The Fault in Our Stars) we are challenged to respect the mysteries of human nature. In the opening narration, Quentin states his belief that "everyone gets a miracle" in life and his was living next door to Margo. But by the end of his quest, he comes to see that the real miracle is all the "firsts" he has achieved in the last year of high school thanks to their friendship. He also is more grateful than ever for his two buddies and the bonds which have tied them together over the years. 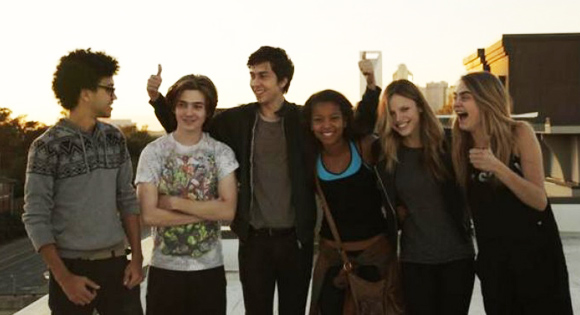