We Come as Friends

Directed by Hubert Sauper
A riveting documentary that will bring your blood to a boil when you see how Africans are being exploited once again.

Hubert Sauper is an Austrian filmmaker who has taken up the mission of exposing the injustices heaped upon Africans by outsiders. In this riveting documentary, Sauper flies his own plane into South Sudan and spends two years gathering poignant stories of modern-day colonialism. 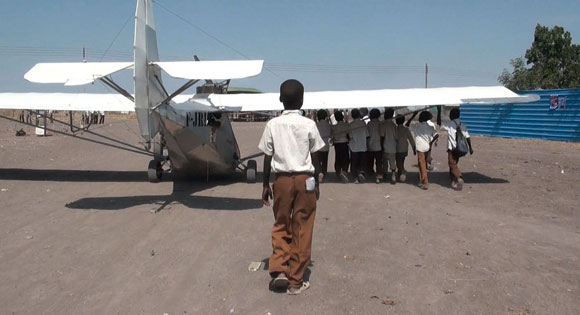 Those who come "as friends" to this resource rich continent often bring only death and destruction to tribal culture and the people's hopes for the future. A Chinese company drilling for oil hires only four Africans and then spreads toxins to the local water supply. Paying no heed to the poor people displaced from their homes and the destruction of ancestral lands, a company employee says: "Environmental protection is their responsibility." 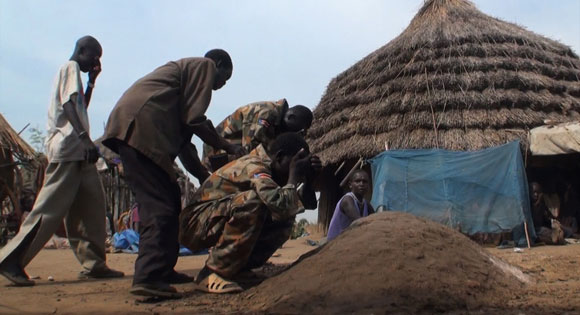 A band of zealous American Evangelical Christians arrive in a South Sudan community with the dream of creating a new Texas in sync with their version of the Bible. Later one of their number states: "We don't want to change anything about their culture, just the parts that our religion says are wrong." We witness a believer trying to put a pair of new socks on a screaming child as part of their program to make sure that no kids walk around their new community without wearing proper clothes. Then these missionaries hand out solar-powered Bibles to the children to listen to. 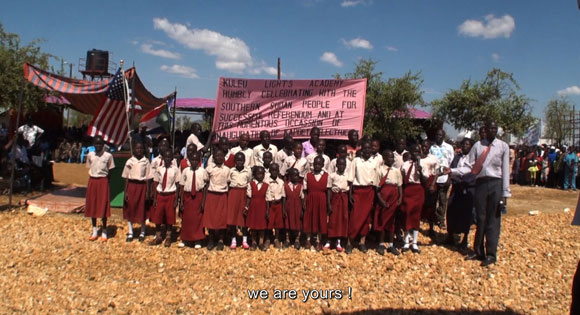 The Sudanese poor who are exploited receive no help or sympathy from the country's new leaders. Salva Kiir Mayardit is seen proudly wearing a cowboy hat that was a gift from George W. Bush. Seemingly turning a blind eye to the reality of what's happening, Secretary of State Hillary Clinton states on TV that she hopes that "Africans will profit" from the investments put into their new nation. Worst of all is the place of honor given to Omar al-Bashir, a notorious Sudan leader wanted for genocide and war crimes. He favors the Chinese investors and has done all he can to help them out.

We Come as Friends is the second of a proposed three-part documentary series on Africa directed by Hubert Sauper. The first was Darwin's Nightmare which charted the rapacious impact of global capitalism on poor and hungry rural Tanzanians. It was one of our choices for the Most Spiritually Literate Films of 2005. We eagerly look forward to this prophetic director's final meditation on the soul of Africa in a world of global change.