A Walk in the Woods

The Appalachian Trail was laid out in the 1930s and stretches approximately 2,140 miles from Springer Mountain in Georgia to Mount Katahdin in Maine. It is a heavily forested trek and out of the 2000 people who try to walk the entire distance each year, only 200 make it to the finish.

For ten years, Robert Redford has wanted to make a movie out of Bill Bryson's 1998 book about his experiences walking the Appalachian Trail. He chose Ken Kwapis to direct this dramedy about conscious aging, male friendship, and the challenges of wilderness life. This was a wise choice given the director's light-hearted and humanistic touch in the depiction of camaraderie in The Sisterhood of the Traveling Pants. 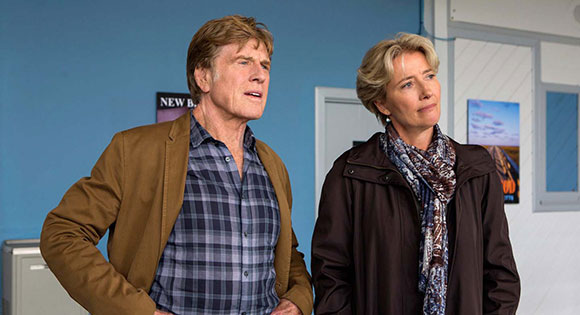 In the opening scene, Bill Bryson (Robert Redford) is not really present on a TV interview that turns out to be a bomb. Then at a funeral parlor with his English wife (Emma Thompson) he bumbles his condolences to the wife of the deceased man. It is obvious that he needs a break from words and his writing career.

Despite his wife's protests, this elderly author decides to hike the Appalachian Trail. At the last minute he gets a traveling companion after everyone else has turned him down. Katz (Nick Nolte) is an old friend who lives in Iowa and is desperate for some relief from his boring existence. He has a high regard for Bryson's talents and is excited about the journey. 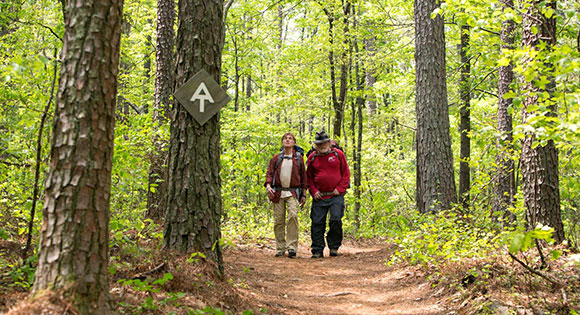 Along the way, they learn about the complicated realm of equipment needed for the adventure; have an encounter with Mary Ellen (Kristen Schaal), a lonely woman whose non-stop talk is so irritating that they are forced to take desperate measures to escape from her blabbing; meet face-to-face with two mountain bears who are scrounging around for food; and a stay at a motel where both men have their sexual prowess challenged by two women.

A Walk in the Woods does not aspire to the serious epiphanies of the trek film Seven Years in Tibet; it is more like Land Ho!, a wonderful and quirky drama about two seventy-somethings and their trip to Iceland. Both movies treat us to the pleasure of watching two men with very different personalities cope with each other's flaws and vulnerabilities. 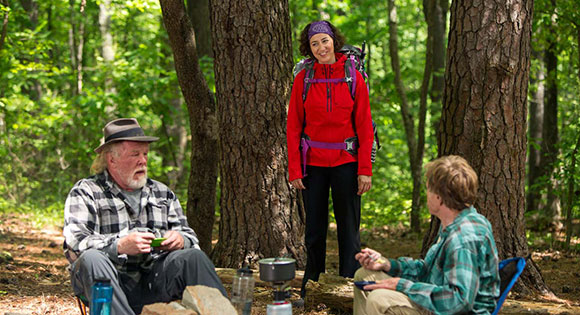 But the chief delight in A Walk in the Woods is the chance to savor the relaxed, funny, and entertaining performances by Robert Redford and Nick Nolte as two accomplished actors strutting their stuff on the screen.

R – language and some sexual references