Directed by Byron Howard, Rich Moore, Jared Bush
A spunky 3-D animated film about a bunny whose life is energized by big dreams and rock-solid optimism.

Judy Hopps (voiced by Ginnifer Goodwin), a bunny, grows up on a carrot farm with her conventional parents and 225 bunny brothers and sisters. Showing large reserves of empathy and kindness, she springs into action when a bully turns aggressive in a schoolyard. Judy's mother and father are taken aback when she decides to leave for the city to become a cop. 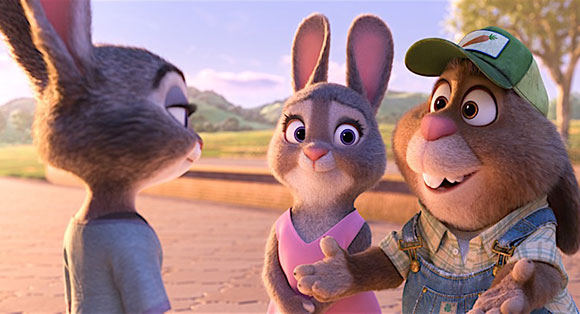 At the police academy, this tiny rookie has trouble with physical prowess exercises but through her immense will power and wit eventually graduates at the top of her class. Eager to hit the streets and do her law-and-order thing, Judy is disappointed when Bogo (Idris Elba), police chief, orders her to hand out parking tickets. Still wanting to prove that she is better than any other rookie on the force, she writes 200 tickets before noon. 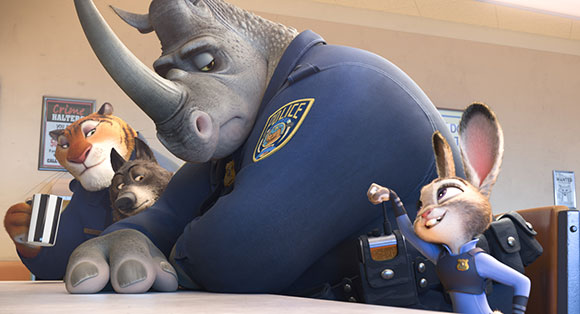 Her first close encounter with Nick Wilde (Jason Bateman) is a lesson in humility as this clever and conniving fox creatively makes money and tricks Judy into doing what he wants in several scams. Finally, Bogo gives her a chance to crack a big case involving some missing mammals of Zootopia are reported missing; she is to find a missing otter. Judy decides to team up with Wilde on this assignment where she is given only 48 hours to solve the case. 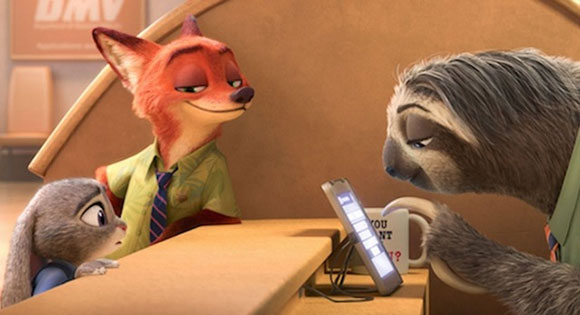 This spunky 3-D animated feature is co-directed by Byron Howard, Rich Moore, and Jared Bush. They make the most of Zootopia as a mammal-centric city where the residents have transcended the combative roles of predator and prey. These animals act like humans, and it is very easy to see that Judy is given short shrift again and again just because she is female. But none of that really matters since this inimitable little bunny believes in herself. 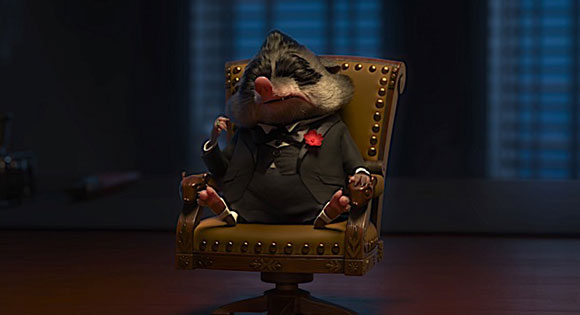 Judy's relationship with the trickster fox Nick Wilde is fun to watch along with the comic moments by a slow-moving sloth and an arctic shrew who talks like Don Corleone. Kids will enjoy Judy's story and adults are sure to chuckle at the screenplay writers' references to a goodly number of past movies. We enjoyed seeing how Judy's optimism propels her through every situation. We also admired her idealism; she steadfastly believes that different groups can and must live together in peace – a good message for our times.