Hello, My Name Is Doris

Directed by Michael Showalter
An affecting comedy that opens our hearts and minds to the plight of the lonely.

"It is not easy to stay with your loneliness. The temptation is to nurse your pain or to escape into fantasies about people who will take it away. But when you can acknowledge your loneliness in a safe, contained place, you make your pain available for healing."

The pain of loneliness, like all mental states, comes and goes. Doris Miller (Sally Field) is a sixty-something woman who has been living with and taking care of her mother in their Staten Island home for all her life. When her mother dies, her brother Todd (Stephen Root) and his selfish wife Cindy (Wendi McLendon-Covey) make it clear that they want her to sell the house and move somewhere else. Easier said than done since Doris is a shy person and a hoarder; the house is packed with her stuff, which she can't imagine getting rid of. 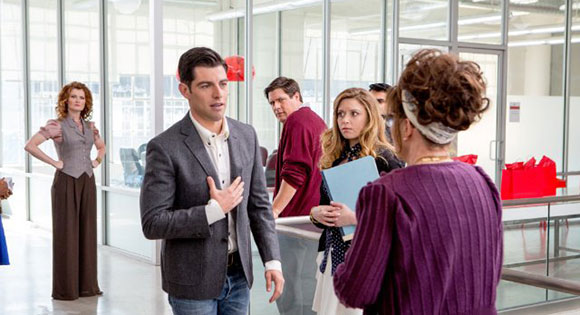 Doris works as a bookkeeper in a design firm. On her way to work one day, she has a close encounter in a crowded elevator with John (Max Greenfield), a handsome young man with a welcoming smile. He is really being present to her during this magic moment. Soon after, she learns that this stranger is the new head of design at her company. Doris is smitten by this 30 year old and further excited after hearing a lecture by a motivational guru (Peter Gallagher) who tells her to turn her life around by meditating on the word "impossible" as meaning "I am possible."

Out of practice when it comes to interacting with the world, she is given some help by her best friend's (Tyne Daly) 13-year-old granddaughter (Isabella Acres). She helps her set up a Facebook account using an alias so she can friend John and learn more about his interests. This leads to her going to a concert by his favorite band, where she not only impresses John but a lot of other young people there. Soon Doris is having the time of her life! 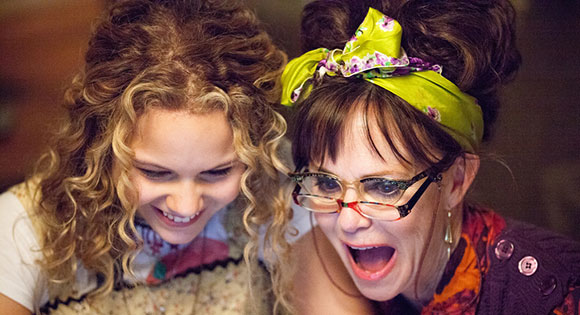 Director Michael Showalter manages to successfully solve the problem that plagues so many movies about social "losers." How can such characters be portrayed without making fun of them or making them impossible to empathize with? Sally Field delivers a convincing performance, making Doris quirky, endearing, and totally understandable.

Showalter also does a good job handling the ways in which her best friend is alienated by Doris's infatuation with John and her new social life. The screenplay by Showalter and Laura Terruso sheds more light on Doris's personality through her interaction with a therapist (Elizabeth Reaser) who works with her on her hoarding. 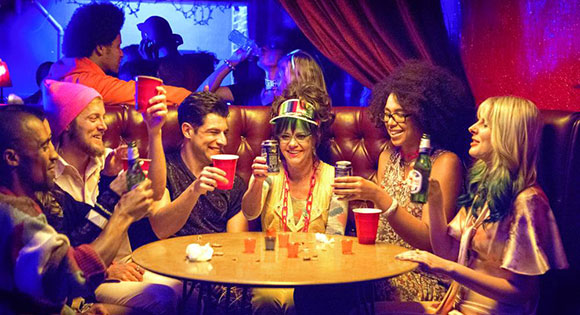 We salute this affecting film for its thought-provoking insights into two vulnerabilities common among older people. First, there is the challenge of falling in love, which is rarely what we expect or imagine it to be. Doris longs for intimacy but knows little about boundaries or what's even possible for her.

Loneliness is the second issue, and it is likely to skyrocket in the coming decades as more and more people find themselves far from their families without the financial resources to age in a community of companions; aging in place often means being isolated in their homes or apartments. According to the AARP, more than 40 million people in the United States suffer from chronic loneliness. Many of them struggle with anxiety and depression while others lack the self-esteem and courage to seek out relationships. As a chronic condition, loneliness can be emotionally and psychologically daunting. We need more movies like this one to shine a light on this problem and open our hearts and minds to those who are affected by it.