Directed by Joe Russo, Anthony Russo
A mini-morality play about collateral damage when superheroes set out to save the world.

When all the dust and debris clears from the many crashed cars and exploding buildings, this latest film in the rowdy franchise is a morality play. What is the main theme in the Marvel scheme of things? It is that not even superheroes who set out to save the world from evil-doers can be exempt from the toll of collateral damage that happens on account of their heroic efforts. 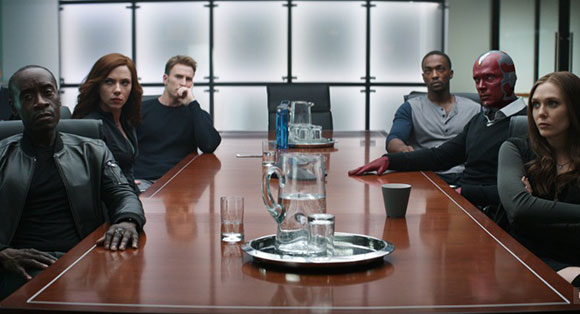 After a couple of incidents when many civilians were killed, the nations of the world decide to take action. The U.S. Secretary of State (William Hurt) informs the Avengers that the Sokovia Accords will place them under the power of the United Nations and a group of overseers who will monitor their activities and decide when they are needed or not.

Iron Man, feeling guilty about the civilian deaths he has caused, decides to go along with this new plan as do War Machine and Vision. Captain America cannot wrap his mind around this authoritarian and limiting plan of accountability. When a violent attack occurs in Vienna, he and several others who side with him decide to take on the challenge of stopping the vengeful villain (Daniel Bruhl) who with the assistance of the Winter Soldier (Sebastian Stan), a metal-armed killing machine, has come up with a plan to get rid of the Avengers. 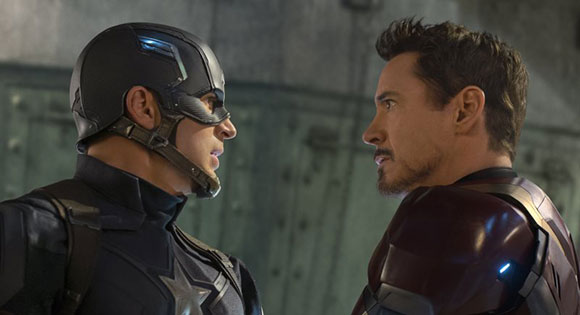 Captain America: Civil War has far too many tedious hand-to-hand fighting sequences but it does raise a good point. How often do we think about the unintended victims in these big action dramas? (When we lived in New York City, we would often turn to each other during such films and say, "Well, there goes the neighborhood again.") This one also throws in some funny sequences with the comic antics of a youthful Spider Man (Tom Holland) who wins the admiration of Iron Man by his clever tricks in a big battle scene. As usual, the acting of Robert Downey Jr. is far superior to everyone else.