Directed by Graham Townsley, Brad Allgood
An astonishing documentary about a youth orchestra that will stir your soul and bring you tears of joy.

Every once in a while, a documentary film comes along that lifts the spirits of all who experience it. These stories have a universality that draws diverse people together and helps tear down the many artificially constructed walls that separate them. Landfill Harmonic is one of those magical movies. It is guaranteed to bring tears of joy to your eyes. 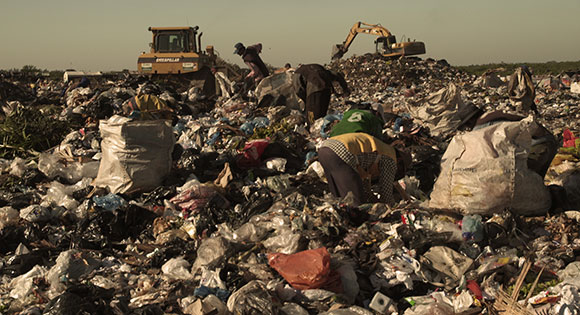 Welcome to Cateura, Paraguay, a slum built upon a landfill. Here 2,500 families struggle to survive by separating garbage for recycling. According to a 2010 UNICEF report, this slum receives 1,500 tons of solid waste every day. There are health problems among the adults and children who work long hours sifting through the filthy debris. In addition, the water supply is dangerously polluted.

Favio Chávez, an environmental consultant, comes up with the idea of making instruments out of material gathered from the landfill and then creating a children's orchestra. Nicholás "Cola" Gómez, a handy man and creative soul, fashions a cello out of an oil drum; a can becomes the body of a violin and a bent kitchen fork its tailpiece. These two men have no idea of the wonders and surprises they have set in motion. 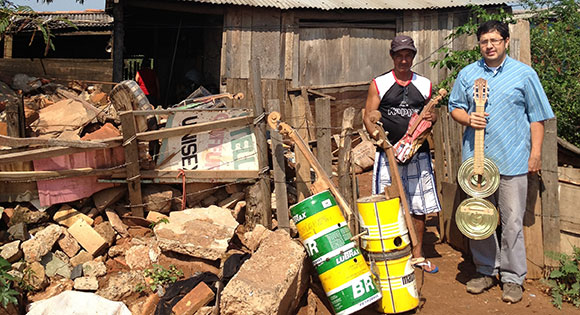 Music soon becomes the mysterious language that creates community and gives expression to the beauty within the children of Cateura. Part of the pleasure in watching this astonishing documentary is seeing how practicing and performing brings meaning and purpose into the lives of these poverty-stricken youth. 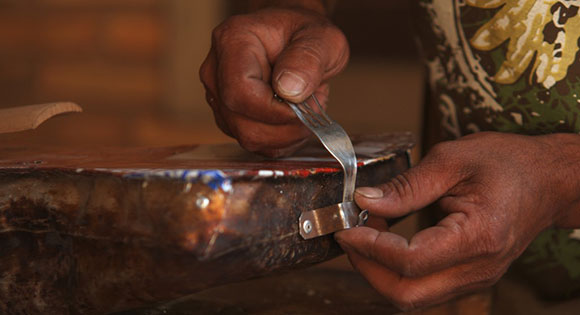 Marie de Jesus Rios is a mainstay in the violin section of the Recycled Orchestra. She speaks for many of her friends when she says: "Music is the love of my life. Music has taught me so many things. It taught me to be a more disciplined person." One of her dreams was to personally meet David Ellefson, the lead singer of the heavy metal group Megadeth. When he sees a YouTube video of the Cateura orchestra that has gone viral, he visits the poor neighborhood and arranges for the Orchestra to play with Megadeth before a large audience in Denver, Colorado. The orchestra eventually goes on a world tour.

Chávez, the musical director and conductor, is pleased to see his students passing on what he has taught them to younger children in the community. In addition to teaching the members of the orchestra without any charge, he generously offers a few students and their parents the use of the rehearsal hall as a temporary home after a 2014 flood which brings devastation to the community. 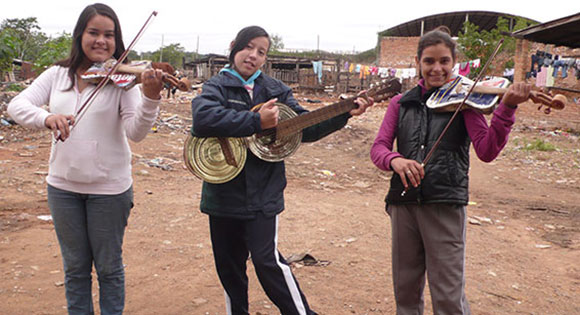 Directors Graham Townsley and Brad Allgood keep the focus on several key members of the Orchestra along with the wise musical and philosophical counsel of Chávez as he ushers these youngsters out of adolescence and into adulthood. Above all, this superb documentary salutes music as a kiss across the abyss of separation. It can stir the soul and transform lives.