Directed by Noemie Lvovsky
A delightful French comedy about change, the past, and time travel.

Camille Rewinds is showing in the "CineSalon: Beyond the Ingenue" film festival presented by the French Institute/Alliance Francaise on Tuesday, September 13, 2016. Tickets for the New York City venue are available here.

Noemie Lvovsky directs, co-writes, and stars in this French comedy as Camille, a 40-year-old woman who at midlife watches her husband walk out the door for a younger woman. She is not happy with the prospects of being on her own after a 25 year marriage to Eric (Samir Guesmi), her childhood sweetheart. 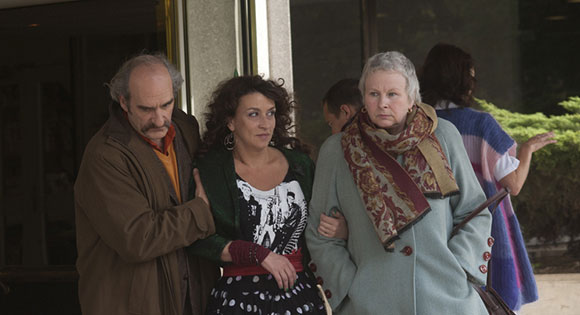 In addition, Camille feels she has not done the best she could raising her 23-year-old daughter. And she feels very guilty about her alcoholism. Worst of all, her acting career seems to have stalled. Attending a New Year's party in 2008, she passes out and then wakes up in 1985 when pop tunes drew many people out to the dance floor.

Part of Camille wants to see if she can squeeze any fun or new choices out of her trip to the past. Another part of her wants to convince her mother (Yolande Moreau) to take better care of herself. But her biggest challenge is the second chance to retool her relationship with Eric who, in spite of being a nice guy, disappointed her. 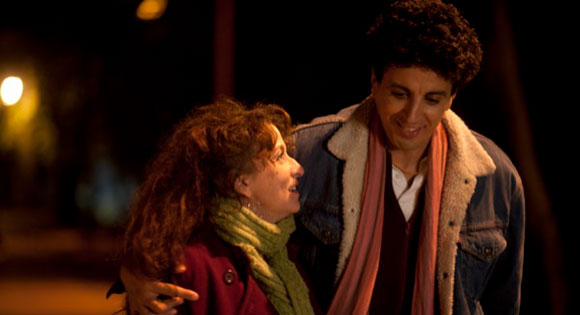 The novelist Thomas Wolfe once wrote:

"Youth is a wonderful thing: it is so full of anguish and of magic and we never come to know it as it is, until it is gone from us forever." As we were watching Camille Rewinds, we were able to put ourselves into the picture and have a chance to get in touch with our feelings about high school, adolescence, sex, fears, peer pressure, teachers, and learning.

Camille Rewinds joins other popular movies about time travelers, Peggy Sue Got Married and Back to the Future, with its pleasant blend of humor amid the intense anxieties about the big first kiss.