Directed by Nicole Lucas Haimes
A delightful documentary about three show chicken breeders whose enthusiasm is wonderful to behold.

The spiritual practice of enthusiasm is a rare gift and when we encounter it, we feel renewed and energized. That was our experience watching this surprising and totally entertaining documentary. Director Nicole Lucas Haimes introduces us to three people who have a passion for breeding, raising, and putting into competition exotic chickens. She takes us to the Ohio National Poultry Show, considered the Westminster of Chickens, followed by the Dixie Classic in Tennessee the next year. In between, we get to know some extremely likeable people. 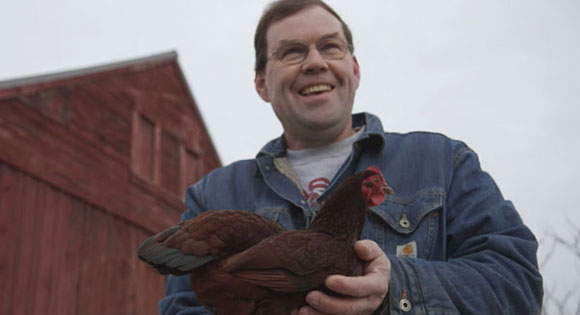 Brian Knox is an engineer who works on race car engines part-time and raises chickens with the rest of his time. He is a perfectionist, given to keeping careful records on all his chickens, noting traits that he wants to develop, and their blood lines. He admits to being lonely and not very good at human relationships but demonstrates real love and concern for his chickens. His self-esteem is heightened when he wins acclaim at the Ohio National Poultry Show.

Brian Caraker has been working as a singer in a 1960s show and has performed in his own show. But what he really wants to do is spend more time with his chickens. His parents have been helping with their care. He regularly reads The Standard of Perfection so he knows what the judges are looking for, but he hasn't had a lot of luck at the poultry shows.He is determined to someday get his own farm and continue raising chickens. 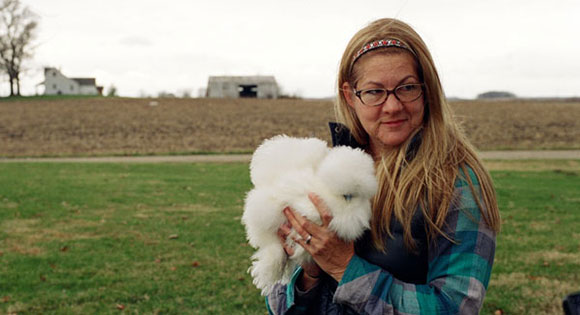 Shari McCollough is a mother of five who is a recovering alcoholic. She credits her beloved chickens with carrying her through tough times. Her family admits that her chickens have taken over more and more space and time over the years, but they support her wholeheartedly. We watch her washing and blow-drying her chickens and delighting in their antics.

Did you know that chickens have best friends, hold grudges, and favor sex that is "wham, bam, thank you, ma'am?" Watching this documentary, we were spurred on to a richer appreciation of these plucky animals. We had no idea there were so many different kinds and that they are so beautiful. Check out the film's trailer to see what we mean. 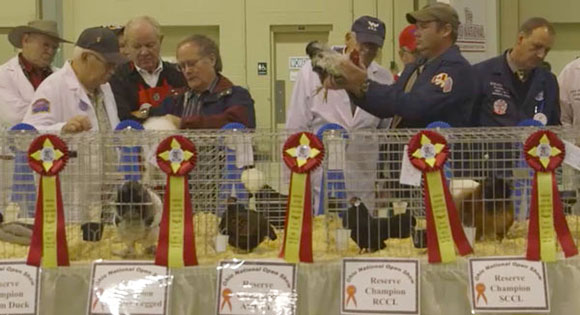 Hats off to director Haimes for the respect she gives the three breeders. There have been quite a few movies about people competing in a field about which they are passionate. Some of our favorites are Best In Show, The Big Year, Kings of Pastry, Afghan Star, Koran by Heart, Akeelah and the Bee, and Strictly Ballroom. This peek into the lives of three chicken lovers now joins that list. Their passion and enthusiasm is wonderful to behold!