Directed by Ava DuVernay
A call to speak truth to power regarding the history of racism in the U.S. and the creation of a prison industrial complex.

The prophets of our times are documentary filmmakers who are constantly questioning what African-American activist Cornel West describes as our "adjustment to injustice." One of these prophets is director Ava DuVernay, who was previously at the helm of Selma, a biopicture about civil rights leader Dr. Martin Luther King, Jr., and his crusade for equality. This time she takes on the atrocious and unrelentingly unjust treatment of blacks throughout American history. She reminds us that African-Americans have been victims of forced labor, racial bigotry, lynchings and other hate crimes, economic inequality, police brutality, and mass incarceration. This is the nation's disgrace. 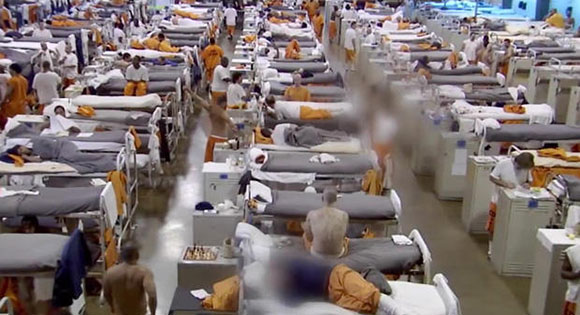 13th is a full-spectrum overview of the domination and subjugation of blacks with a concerted and ongoing effort to keep slavery alive in other forms. In this era of the Black Lives Matter movement and a rash of police shootings of black people, DuVernay focuses on "mass incarceration" as a strategy of power hungry white presidents and racists of every stripe.

We learn in the beginning of this wide-ranging documentary that whereas the United States has only 5% of the world's population, it has 25% of its prisoners. Other statistics are equally disturbing:

With the impressive support of 38 historians, political leaders, black scholars, journalists, civil rights activists, and others, DuVernay traces the genesis of this virulent oppression back to the end of the Civil War and the passage of the 13th Amendment which abolished slavery and involuntary servitude "except as a punishment for crime whereof the party shall have been duly convicted." It was that clause which gave constitutional authority behind the enslavement of those who could be deemed "criminals." During the Reconstruction era after the Civil War, many of the freed slaves were arrested, often for petty crimes like vagrancy and loitering, so that they could once more provide needed labor to support the Southern economy.

White supremacists and bigots reveled in the image of the black criminal in the controversial 1915 film The Birth of a Nation. Here black men were depicted as monsters who break the law and rape white women. Jelani Cobb, an African-American Studies professor, delivers an edifying assessment of this film which catalyzed the rebirth of the Ku Klux Klan and the spread of violence against blacks. 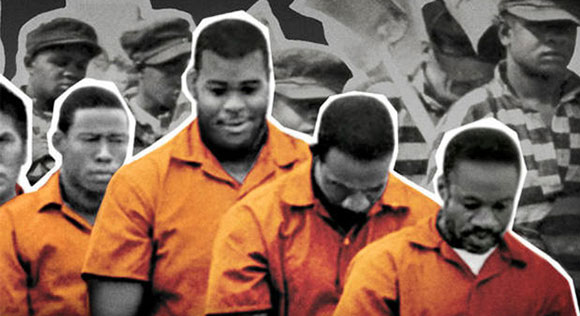 Michelle Alexander, author of The New Jim Crow, is an articulate and sharp advocate of racial equality who provides key insights into the redesign of racial caste in America. President Richard Nixon's campaign for "Law & Order" became a national issue under President Ronald Reagan as the "War on Drugs." One of the many surprise testimonies comes from the recorded testimony of John Eichman, who served the Nixon regime as Assistant to the President for Domestic Affairs:

"The Nixon campaign in 1968, and the Nixon White House after that had two enemies: the anti-war left and black people. You understand what I am saying? We knew we couldn't make it illegal to be either against the war or black, but by getting the public to associate the hippies with marijuana and blacks with heroin, and then criminalizing both heavily, we could disrupt those communities. We could arrest their leaders, raid their homes, break up their meetings, and vilify them night after night on the evening news. Did we know we were lying about the drugs? Of course we did."

The propaganda campaign meant that civil rights leaders were targeted for surveillance, imprisoned or killed, stripping out a whole generation of leaders from the black community. One of them, Angela Davis, appears in the film and explains the violence she experienced growing up in Birmingham, Alabama. 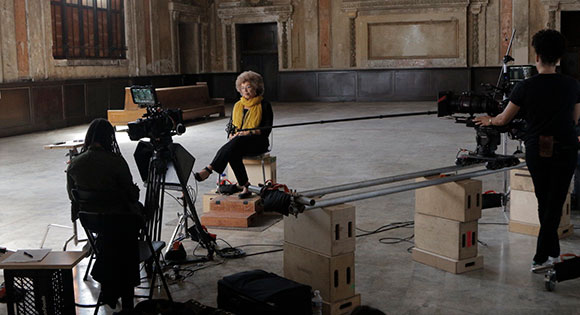 For generations, the term "Law & Order" has justified a system where black people could be suspected to be criminals, abused, segregated, and put in prison. This are the "good ol' days" that Donald Trump has longed for throughout his presidential campaign, as film clips from his rallies show.

After the Republican Presidents successfully made black skin a signifier for crime, Democratic President Bill Clinton went even further with his 1994 Omnibus Crime Bill and the debate around it which led to the black youth being described as "super-predators." The three-strike rule (three offenses and you are in prison for life), mandatory minimum sentencing, and a de-emphasis on parole soon led to a massive expansion of the prison system and a doubling of the federal prison population. Although Clinton later admitting being wrong about his crime bill, the end result was more poverty and hardship for families with men in prison.

Turning to recent years, DuVernay traces the growth of the prison-industrial complex due to mass incarceration of black people. Commentators explain how the American Legislative Exchange Council (Alec), a coalition of politicians, corporations, and legislators, has pushed for laws allowing for the growth of privately owned prisons where corporations can get rich off punishment. Today, as prisons fill up, Alec is encouraging home monitoring of criminals via GSP devices, turning whole communities into expansions of the prison system.

The film ends with reports on the spate of police killings of black people. One of the most known is young Trayvon Martin, an unarmed black youth who was shot by a white man who was later acquitted because of Florida's "Stand Your Ground" law. Since then, videos of other killings have been posted online, revealing not only the extent of violence against blacks but also the increasing militarization of local police departments. As difficult as these videos are to see, their distribution is important, if American racism is not to remain invisible.

At the end of the film, political commentator Van Jones and others praise the emergence of the Black Lives Matter movement. It is doing two things. First, it is changing the way people understand human dignity of all peoples. And it is showing that the opposite of criminalization is humanization.

Ava DuVernay is a fearless director who has had the courage to speak truth to power. We hope and pray that her film will spark a public dialogue on racism characterized by vigor, creativity, and rigorous hope.