Bury My Heart at Wounded Knee

This harrowing, depressing, and horrific screen adaptation of Dee Brown's 1971 book was first shown on Home Box Office in 2007. It is now available on DVD.

The story begins in 1876 with the legendary battle at Little Big Horn when Sioux and other Indian warriors defeated the U.S. Cavalry under the command of General George Custer. The response to that defeat turned into a concerted campaign by the U.S. government to wrest away land from the Indians, to move them onto reservations, and to destroy their culture. This ambitious program aimed to open the West to white settlers, run the railroad through the Dakotas, and give whites access to the gold in the Black Hills. It leads to the slaughter of the Sioux at Wounded Knee in 1890. This drama covers the fifteen years between those battles. 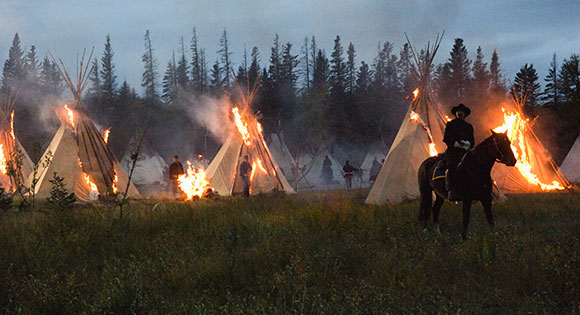 "One does not sell the earth upon which the people walk."

— Crazy Horse of the Ogalala Sioux

Whereas the Sioux and other Indian tribes had great reverence for the land given them by the Great Spirit, the whites viewed the land as a commercial property to be divided, owned, and developed. The Manifest Destiny of these intruders was orchestrated by politicians in Washington D.C. and then carried out by soldiers, military leaders, and members of the Bureau for Indian Affairs.

"They made us many promises, more than I can remember, but they never kept but one; they promised to take our land and they took it."

Bury My Heart at Wounded Knee is directed by Yves Simoneau. It is impossible to watch this drama without thinking of the dark forces of greed, bigotry, cruelty, and injustice which have gathered together in America's shadow. We are witnesses to the massacre of Indians not only on battlefields but also in their village. We learn of the large number of men, women and children who died by disease (measles and smallpox) or starvation on reservations. We meet youth, including the legendary Sioux writer Ohiyesa, who were taken from their communities, dressed like the whites, and forced to convert to Christianity. We watch scenes in which the tribal leaders and elders are not respected when they protest the treachery of broken promises. 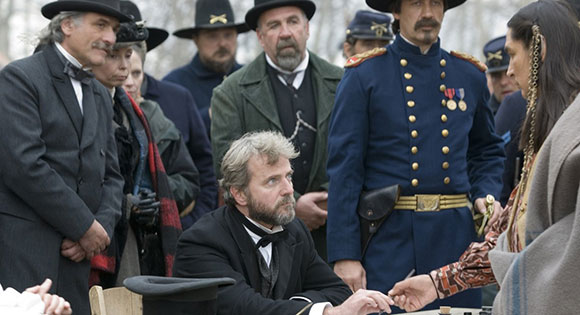 Among the lead characters at the hub of this HBO drama: 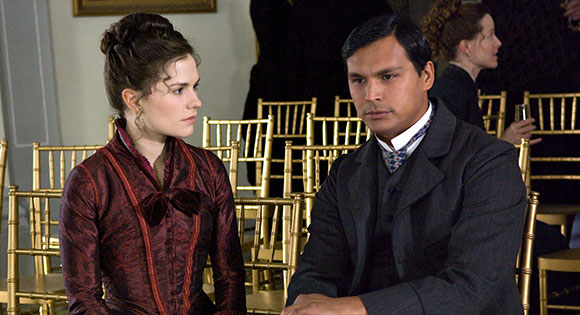 At one point, Eastman's father tells him: "The earth belongs to the white man. There is no future outside his world." A quick jaunt up to our times, when Native Americans are still trying courageously to save their lands and waters, reveals just how arrogantly, unwisely, and unjustly white people have treated these neighbors and the good Earth.