Directed by Ken Loach
An award-winning film that puts you in the shoes of people coping with poverty and the bureaucracy of England's welfare system.

"Poverty is the worst form of violence."

Daniel Blake (Dave Johns) is a 59-year-old widower who lives alone in Newcastle, England. He recently lost his beloved wife after years of caring for her. Because he is recovering from a recent heart attack, Daniel's doctors have told him that he should not yet go back to work as a carpenter. In the opening scene of the film, he is listening to the inane questions (such as "are you able to lift your arms over your head") posed by "a health care professional" as she seeks to finalize his application for Employment and Support Allowance. Presumably because he doesn't give the answers they want, he is denied the allowance. 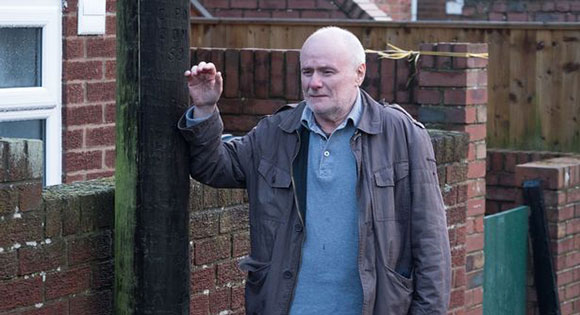 Told to try another path to support, Daniel spends a lot of his spare time on the phone waiting to make contact with a human being in Britain's Department for Work and Pension (DWB). In their offices, he listens to Katie (Hayley Squires) complain about being poorly treated. He intervenes and speaks out on her behalf. Daniel assures this very hungry young woman with two children that everything will be all right. He learns that they left a homeless shelter in London in order to take an apartment in Newcastle.

Blake, who is a natural handyman, fixes up her place and comes up with ways to heat their new home. He's good with kids and makes the most of his time with hers. When they all go to a food bank, Katie breaks down after realizing the desperate straits she is in. Several bad decisions put her and the children in great danger. 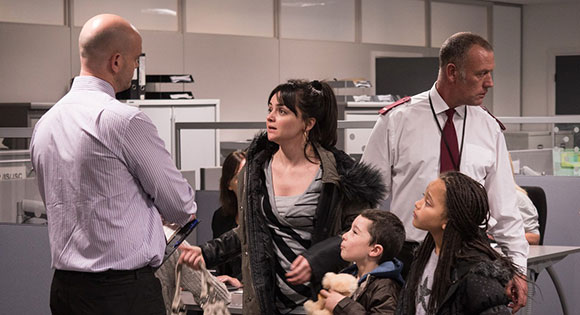 Ken Loach is the director of this sobering and harrowing depiction of the dehumanizing dimensions of the English welfare state and the surprising efforts of a besieged old man to spread kindness around wherever he can. The screenplay is by Paul Laverty who wrote Carla's Song about the Sandinista revolution and The Wind Shakes the Barley about the Irish rebellion of the 1920s. Loach's 19th feature was the winner of the Palme d'Or at the 2016 Cannes Film Festival

Poverty destroys the bodies, minds, and spirits of people. It savages and ravages their hopes and dreams and puts them in a prison of fear, danger, and despair. Very few directors are willing to take as their subject the poverty of working-class people. I, Daniel Blake makes a good case for acts of kindness as the glue which holds society together. Without kindness, we have all booked passage on the Ship of Fools.