Directed by Amma Asante
A moving film about the love, courage, and perseverance of an interracial couple facing wide-ranging challenges to their marriage.

Love makes the world go around and yet those who choose to marry someone of another race are often subjected to a slew of hatred, violence, and name-calling. It takes great courage, patience, and resilience to suffer the anger of birth families, neighbors, and strangers.

A United Kingdom tells the true love story of Seretse Khama (David Oyelowo), heir to the throne of the British protectorate of Bechuanaland (now Botswana) and Ruth Williams (Rosamund Pike), an office worker in London. Their 1948 marriage threatens his right to rule and his country's relations with Great Britain and its neighbors South Africa and Rhodesia. 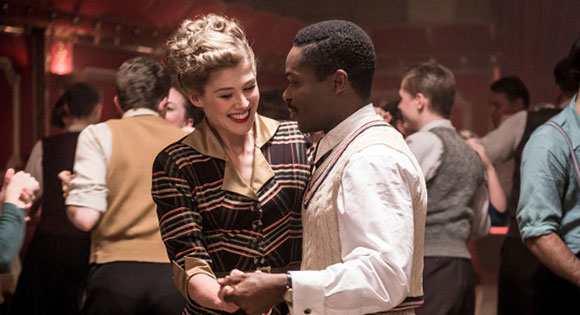 The film is directed by Amma Asante, a black woman from Ghana whose 2013 film Belle is a sensitive and affecting examination of the life and challenges of a multi-racial woman in eighteenth century England. The top-drawer screenplay by Guy Hibbert (Eye in the Sky) is based on Susan Williams' book Color Bar. Asante does a remarkable job conveying the ways in which this earnest and idealistic black man and an equally idealistic white woman bond together in face of an unending stream of taunts, tirades, betrayals, and political maneuvers against them.

Seretse and Ruth meet at a London Missionary Society Dance and later find they have a mutual love of American jazz. When they decide they want to get married, nasty storm clouds gather around them. Her father (Nicholas Lyndhurst) vows to never see her again. His uncle, who has served as regent of the throne while Seretse has been studying law in London, is vehemently opposed to the marriage and threatens to turn the Bechuanaland people against him. And his aunt (Abena Ayivor) and sister (Terry Pheto) believe his marriage to a white woman demeans black women. 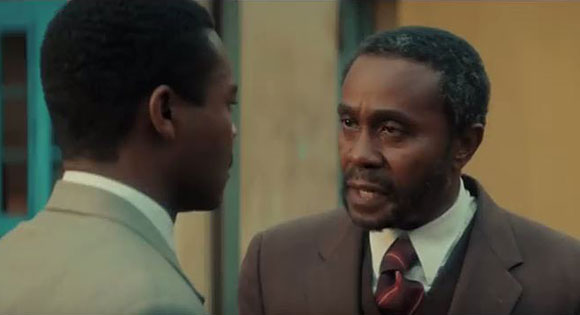 When Seretse and his bride arrive in Africa, the English government officials have already begun a series of efforts to end this interracial marriage and control and humiliate the new king. Exploration for minerals and diamonds are going on in the country, raising the economic stakes around who is in charge there. In addition, there are political consequences with neighboring South Africa, whose strict apartheid practices make interracial relationships illegal. The British don't want to upset South Africa. They establish direct rule of the Bechuanaland and exile Seretse. Ruth stays in the country, where she is eventually embraced by the people.

On every conceivable front, Seretse and Ruth stand together and stand tall, seeking a life in deep love as a stay against "the world's ugliness" and its attempts "to take our joy away." Asante has grounded this love story in the astonishing performances of David Oyelowo, who was also sensational as Dr. Martin Luther King, Jr. in Selma, and Rosamund Pike, who makes Ruth into a woman of inner and outer beauty. 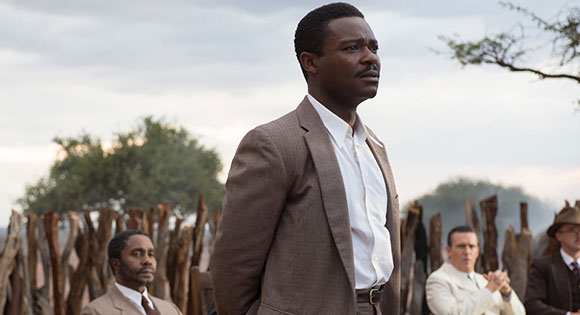 When Seretse finally is able to share his vision of Africa, he says that it is about "unity, inclusion, and equality." These stalwart virtues are brought home to us in this wide-ranging and sobering drama about the transforming power of love, the moral fiber it takes to combat the ignorance of racism, and the resilience that is needed to endure the hostilities of family, community, and nation.