Directed by Sebastien Betbeder
The cross-cultural journey of two long-time friends visiting one of their fathers in a remote Inuit village.

Nothing much is happening in Paris where Thomas and his friend Thomas (we shall call him Thomas 2) are actors with no work. So Thomas decides to visit his father, Nathan, who lives in an Inuit village in Greenland. He has not seen him for five years. And they are worlds apart in taking risks, courting adventure, and trying new things. 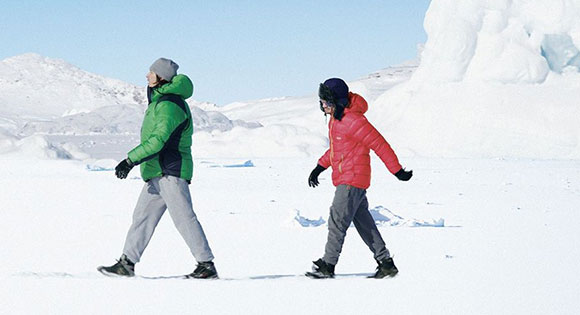 The two Thomases arrive in the Inuit community and, much to Thomas 2's delight, immediately go hunting, sample strange foods, and go jogging on the snow path. They play games and are introduced to social customs. During these cross-cultural lessons, Thomas 2 is the one who is most open and grateful. There is something about Thomas that holds him back from all that is happening around him.

By the end of the journey, Thomas 2 has cheered on Thomas's father who unofficially sees in him the son that he always wanted. Thomas 2 has shot a walrus and eaten the eyes of seals. While his friend desperately tries to connect with his father, Thomas 2 studies Inuit as a means of impressing the most beautiful woman in the village so she will go out on a date with him. 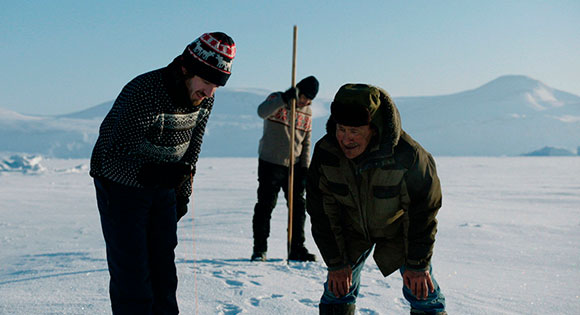 Sébastien Betbeder directs this French/Greenlandic cross-cultural comedy and draws out clever and sparkling performances from Thomas Blanchard and Thomas Scimeca. They keep us chuckling and attentive to the dimming of their long friendship as they move in different directions.