Directed by Thomas Lennon
An intimate portrait from 25 countries of religious rituals and practices that are meaningful to individuals and communities.

Thomas Lennon directs this 86-minute documentary which provides a global portrait of religious practices and rituals that give shape and meaning to the lives of individuals and communities. In order to convey the intimacy of these expressions of faith, the director chose 40 international filmmaking teams in 25 countries to collaborate with him on this ambitious project. Lennon won a 2006 Academy Award for his short documentary The Blood of the Yingzhou District and has a keen visual sense and a sensitive appreciation of the mysteries surrounding any religious experience. 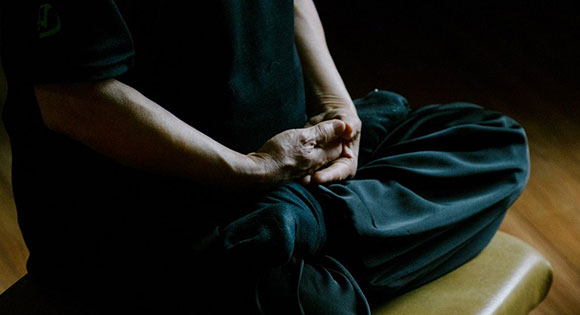 Lennon has divided the material in Sacred into three segments: Initiation, Practice, and Passage. He then shines a light on rituals used by various religious communities to mark milestones and deal with crises. Taken together, these vignettes form a fascinating tapestry of human belief about the life cycle of birth and death, adolescence, adulthood, and growing old. Lennon has made the wise decision not to have a narrator or a panel of experts offering insights. Instead, various characters in Sacred briefly share their stories and experiences.

Sacred took two years of shooting, assembling, and editing to map as best it can the nature of prayer, meditation, pilgrimage, dance, celebration, and devotional activities that reveal the desire of people of all faiths to communicate with a reality that transcends their own. Hats off to editors Nick August-Perna and Maeve O'Boyle for their creative work in weaving so many parts into a unified whole. 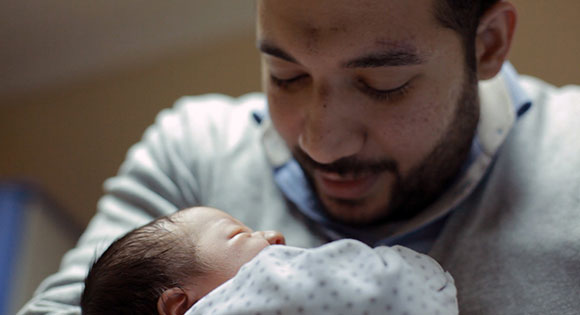 Sacred begins with a heart-affecting glimpse of a young Muslim father in Cairo chanting the call to prayer and kissing the newborn infant he is holding in his arms. This bonding becomes harder to achieve as a little girl tries to mimic her Muslim father in prayer as he folds his hands, bends forward, and puts his head on a prayer mat. The child finds this ritual daunting and breaks into a smile and then laughter at her own attempts to perform the ritual correctly. Both of these scenes demonstrate the human touches which make Sacred very special.

After looking at coming-of-age ceremonies in Mandalay, Jerusalem, and the San Carlos Apache Reservation, we encounter a young Hindu girl whose father refuses to allow her to have a relationship with a boy who is attracted to her. She resigns herself to waiting five years and hopes he will still be interested. 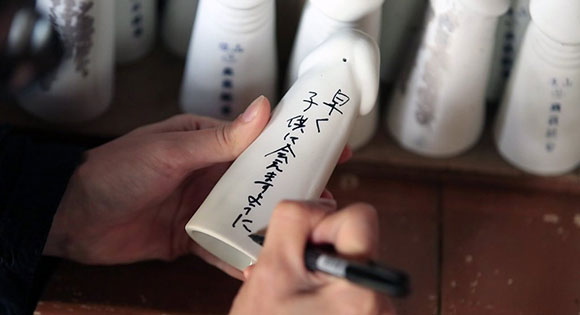 We are taken to a Hasidic get-together in Ukraine where men meet prospective wives. At the Mara Kannon Shrine in Yamaguchi, Japan, a jovial couple wander through a temple for those who seek fertility and a child; they are amused by stone penis statutes they see all around them as they write a prayer on one and add it to the collection.

We marvel at the single-mindedness of a solitary Buddhist monk at Mount Hiei in Japan who has walked around the mountain to attain enlightenment. Another group of Buddhists do prostrations as part of their devotional life. 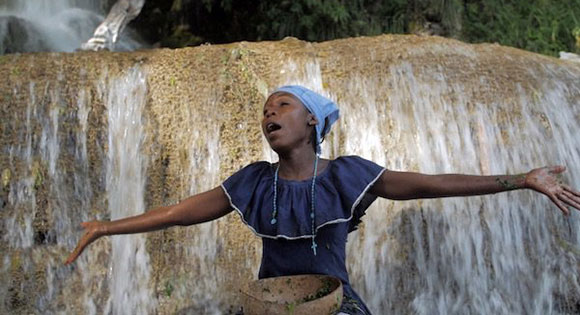 Lennon has included some segments which present the darker side of faith and religious expression: a gravedigger in Sierra Leone who believes that God has punished Africans with Ebola; a serious young boy in Karachi, Pakistan, surmises that Allah condemns bombers to hell and their victims to heaven; and an angry African mango seller rages against a God who could let poor people die. In the Angola prison in Louisiana, men with life sentences talk about how faith has made them feel free.

Overall, Sacred presents a grand and glorious band of pilgrims and seekers. There are many ways that you can use Sacred as a gateway to your own spiritual transformation. Here are some based on the Alphabet of Spiritual Literacy. We encourage you to bring to this extraordinary film attention, beauty, compassion, connections, devotion, faith, hospitality, meaning, openness, and questing.

Pay close attention to the many subtle and surprising signs of the sacred in the world around us. In Sacred, notice all the rituals and practices designed to bring the sacred into focus.

Remember the words of Henry Miller: "The moment one gives close attention to anything, even a blade of grass, it becomes a mysterious, awesome, indescribably magnificent world in itself."

Drink deep of the shining and ephemeral beauties that appear on the screen in this visually rich film. What images give you a glimpse of an unexpected beauty?

Remember the words of Matthew Fox: "Looking for and enjoying beauty is a way to nourish the soul."

This spiritual practice enables us to care for those who are suffering and in pain. Choose and discuss with a friend a scene in Sacred that drew out your compassion.

Remember the words of Frederick Buechner: "Compassion is the sometimes fatal capacity for feeling what it is like inside somebody else's skin. It is the knowledge that there can never really be any peace and joy for me until there is peace and joy finally for you."

Mystics of all religions know that all things are interconnected. What happens in one place affects all of us in many different places. As you watch Sacred, ask yourself, what do these religious practitioners and seekers have in common?

Remember the words of Thich Nhat Hanh: "Looking deeply at any one thing, we see the whole cosmos. The one is made of the many."

The great religious traditions offer us a veritable treasure-trove of devotional acts from daily prayer to the rituals of initiation, marriage, and death; to dance and pilgrimage; to informal expressions of faith. Which people in this documentary impressed you the most with their devotional life? Explain your choices to a friend.

Jews, Christians, and Muslims all hold to the catalytic power of faith. It enables them to take a leap in the dark and to overcome obstacles. What has Sacred done to enrich your understanding of faith? Which person best walks the talk of his or her own religion?

Remember the words of Paul Tillich: "Faith means being grasped by a power that is greater than we are, a power that shakes us and turns us, and transforms and heals us."

This spiritual practice is needed now more than ever as the world's religions continue to clash. It encompasses having an open mind and being generous, and receptive to others. It means continually crossing barriers in the name of love. From those depicted in Sacred, what rituals and practices from a religion or path other than your own could you use to enhance your life?

Remember the words of Joan Chittister: "Hospitality is the way we turn a prejudiced world around one heart at a time."

Humans are both meaning seekers and meaning makers. We are trying to discover the purpose of our lives. What meanings do you take away from spending 86 minutes with these believers and seekers?

Remember the words of Anais Nin: "There is not one big cosmic meaning for all. There is only the meaning we all give to our lives, an individual meaning."

There are many scenes of people being open to the sacred in this documentary. We are reminded of other examples of openness. Be open like a Buddhist monk with a begging bowl. Be open like a flower to the sun. Be open like a dish antennae to all the signals of the universe. Be open like an artist awaiting her muse. What can you do to have a more rigorous spiritual practice of openness?

Remember the words of Joan Puls: "Openness is the attitude and condition that is at the heart of all spirituality."

Sacred provides remarkable evidence of the filmmakers' quest for meaning throughout the world. It encourages us to keep moving as we search for whatever renews our spirits and provides us with the strength and the courage to carry on. Keep crossing inner and outer borders, it says. Keep asking questions. Are there any quests you'd now like to undertake thanks to viewing Sacred? What are they?

Remember the words of Sri Aurobindo: "The spiritual journey is one of continuously falling on your face, getting up, brushing yourself off, looking sheepishly at God and taking another step."