Directed by Sabine Krayenbühl, Zeva Oelbaum
An exquisite documentary on the extraordinary life and work of Gertrude Bell.

Gertrude Bell (1868-1926) was a full-scale adventurer who managed to chalk up in the short span of her lifetime the following "firsts": 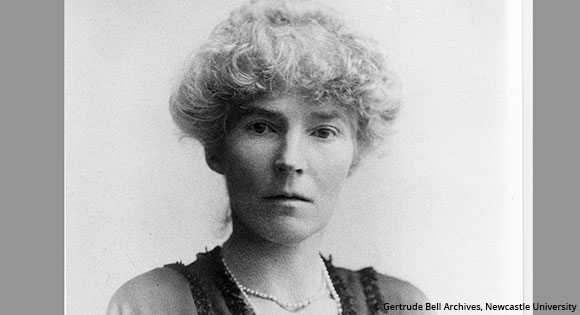 All of these accomplishments plus talents as a writer, photographer, and political officer made her into one of the famous women in the British Empire in the early twentieth century. But this visionary has not been given her due in history. That is, until now.

Directors Sabine Krayenbühl and Zeva Oelbaum have gathered a goldmine of never-before-seen film clips from 25 archives to give us incredible images of exotic cultures. Any viewer of this exquisite documentary is bound to come away with a fresh appreciation — as Bell did — of the diversity, mysteriousness, and beauty of Arab and desert culture. As a connoisseur of cross-cultural learnings and exchanges, this open-minded woman proved herself to be a listener par excellence. An acceptance of people very different from herself seems to have come naturally to Bell. She set a high standard of interaction with strangers for others to follow. She was fluent in Arabic, Persian, English, French, and German.

All the narration in the film is taken from original source material. The filmmakers had access to more than 1600 letters written by this trailblazer and her contemporaries. Academy Award-winning actor Tilda Swinton voiced the narration and served as an executive producer.

After roaming the desert on archeological expeditions, mapping vast areas of the Middle East, and serving as an advisor to British officials and the Hashemite dynasties in Iraq, Bell settled down in Baghdad, where she served in the British administration. She helped established the Baghdad Museum where the cultural artifacts and antiquities of Mesopotamia were housed. (This renowned institution was ransacked during the American invasion of Baghdad.) She died in 1926 at age 57 from an overdose of sleeping pills. To his day, it remains a mystery as to whether she committed suicide or was murdered. 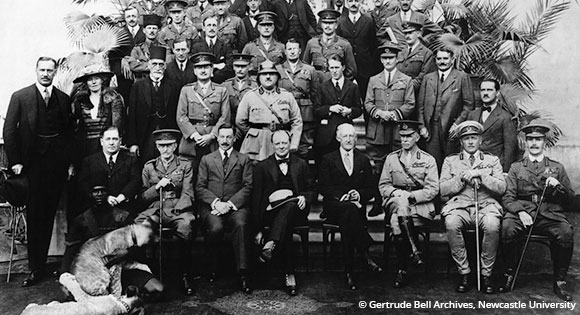 Watching her life unspool before us, we salute Bell's patience with the stodgy antics of colonialists, the stunted perspectives of military leaders, and the chauvinism of soldiers. We admire her resiliency, which was needed to deal with both western officials and tribal leaders, and her courage to confront the trials and the tribulations of the deserts and the people who lived there.

You will come away from this documentary absolutely amazed at what this singular woman achieved.

Queen of the Desert